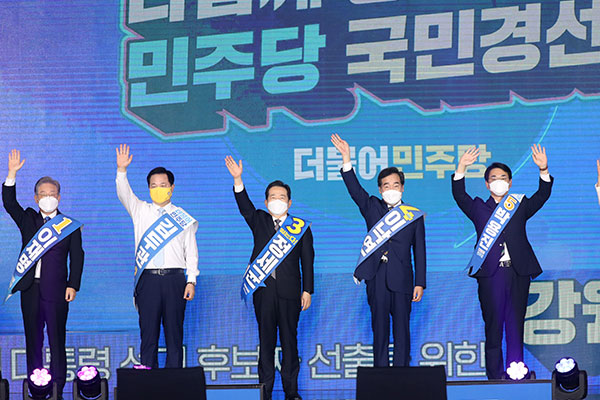 In response, Gov. Lee admitted that some year-end tax deductions could be curtailed if basic income is distributed. However, he argued that the tax reduction adjustment will not be significant or sudden, so that ordinary salary-earners won’t have to worry and will see an income increase.

It was the first televised debate held among the five remaining DP presidential hopefuls after former Prime Minister Chung Sye-kyun bowed out of the race on Monday.
Share
Print
List