Parliamentary Audit of Government to Mostly End Thursday after 3 Weeks 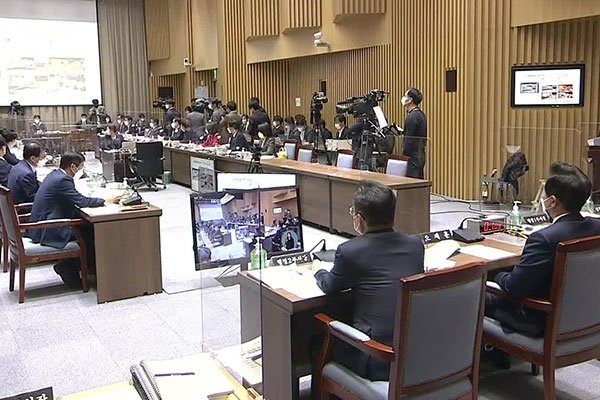 The National Assembly's annual audit of government offices will mostly come to a close on Thursday after three weeks, with 12 standing committees set to hold sessions.

The Legislation and Judiciary Committee is expected to see rival camps clash over political meddling allegations involving opposition presidential hopeful Yoon Seok-youl, as well as over the Seongnam development scandal.

The scandal is also expected to top debates in the audit sessions for the National Policy Committee and the Strategy and Finance Committee.

With the Education Committee, lawmakers will ask questions about university evaluation and private school systems.

Naver founder Lee Hae-jin and Kakao founder Kim Beom-su are set to appear as witnesses at the session for the Science, ICT, Broadcasting and Communications Committee.

The National Defense Committee will focus its session on the military’s decision to appeal a court ruling that found the discharge of a soldier who underwent a sex reassignment operation unjust.