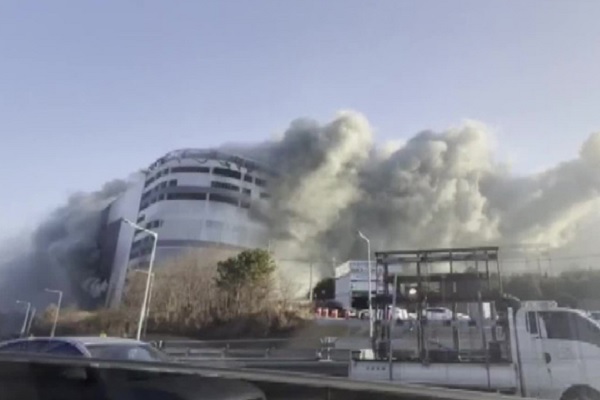 Three firefighters who went missing at the scene of a warehouse fire in Pyeongtaek on Thursday have been found dead.

According to Gyeonggi Province, two bodies were found on the second floor of the seven-story warehouse at around 12:20 p.m. while the third was found around 20 minutes later.

They are believed to have been isolated by the quick spread of the flames.

The fire broke out at the cold storage warehouse that was under construction late Wednesday evening in Pyeongtaek, some 70 kilometers south of Seoul. It was first reported at 11:46 p.m.

Local authorities have issued a level two warning, which allows them to pull in support from other areas. Some 190 firefighters have been fighting the blaze.
Share
Print
List