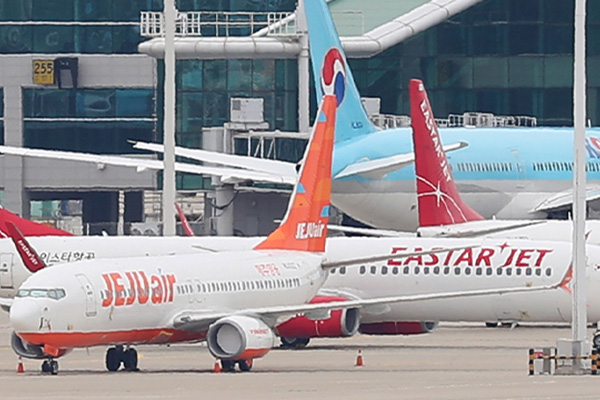 Jeju Air ranked first among national carriers in the number of passengers it serviced last year, clinching the top spot for the first time since it began operations in 2006.

Jeju Air logged more than six-point-four million domestic passengers, hitting an all-time high, with the figure jumping by over two million from the year before.

The number of domestic travelers who flew via Korean Air and Asiana Airlines hovered around four-point-eight million and four-point-four million, respectively.

Officials largely attributed the trend to a sharp rise in domestic travel amid the persisting COVID-19 pandemic.
Share
Print
List