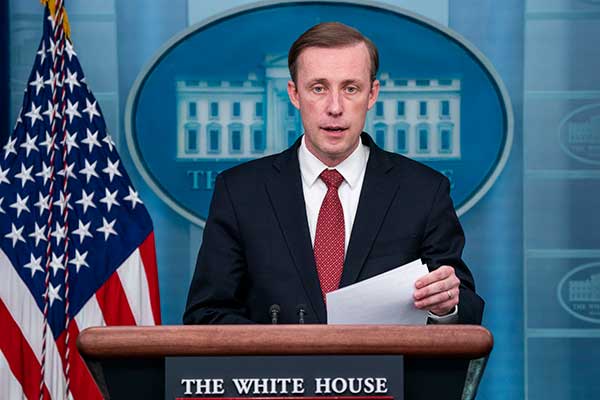 The phone talks mark the first between the two since Kim took office earlier this week.

The White House said Sullivan congratulated Kim on his appointment and they jointly noted that the meeting between President Biden and President Yoon Suk Yeol is an opportunity to highlight the strength and breadth of the modern U.S.-South Korea alliance.

The security advisers committed to maintaining close coordination to address the threats posed by the North and to advance their shared objective of the complete denuclearization of the Korean Peninsula.

President Biden is scheduled to visit South Korea next Friday and hold summit talks with President Yoon the next day.
Share
Print
List