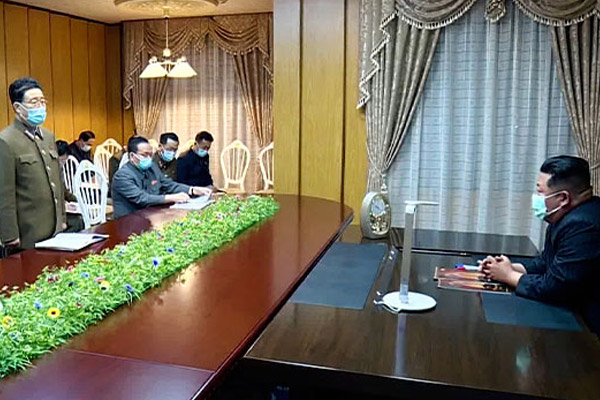 North Korea reported 174-thousand people with a fever and 21 deaths on Friday.

According to the Korean Central News Agency (KCNA), leader Kim Jong-un was briefed on the spread of the infectious disease by the national emergency quarantine command while chairing a politburo meeting on Saturday.

In the briefing, the quarantine command noted that around 524-thousand people have shown symptoms of fever from late April to May 13, and over 243-thousand of them have been completely cured, with 280-thousand still receiving treatment.

Citing the global spread of COVID-19, Kim Jong-un said North Korea was also facing one of the greatest turmoils since its foundation.

But he said the situation is not uncontrollable and the crisis can be overcome.

Kim said it's important to study the quarantine policies and achievements of other advanced countries and especially mentioned the need to learn from China's experience.
Share
Print
List