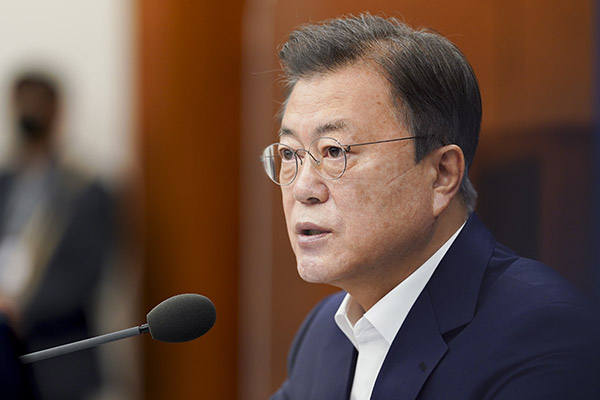 Moon arrived at Roh's hometown and final resting place at around 10 a.m. on Monday, four hours before the memorial service was scheduled to begin.

This marks Moon's first attendance at the anniversary event in five years and also a completion of a promise. Moon, who was Roh's senior secretary for civil affairs and chief of staff, had last visited in 2017. Less than two weeks into his presidency, he had then pledged to return after successfully completing his duties as president.

Moon toured a new commemorative hall for the late leader that is set to officially open in late August.

In the guestbook, Moon wrote that citizens who are aware and attentive to changes in society are following in Roh’s footsteps.
Share
Print
List