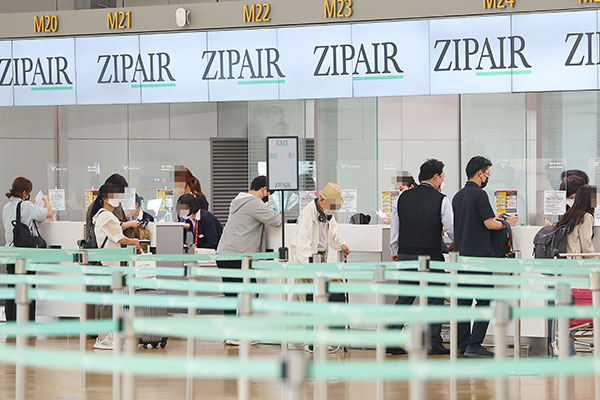 Japan's Sankei Shimbun newspaper said Saturday the two governments have been in talks to reopen the air route by June 1, but there has been a delay due to time needed to secure airport employees and quarantine staff.

The Gimpo-Haneda route has been suspended for more than two years, but before the pandemic, over two million passengers used the route each year.

Discussions on restarting flights began after President Yoon Suk Yeol mentioned the issue during talks with a visiting Japanese delegation on May 11.

Meanwhile, Japan is set to allow the entry of foreign tourists again from June 10 after a two-year suspension. Only group tours through travel agencies will be allowed for the time being.
Share
Print
List