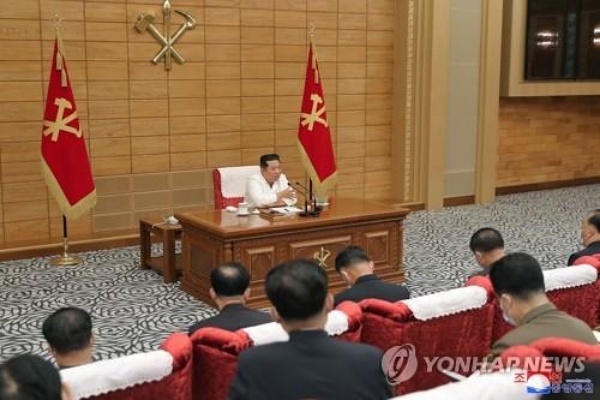 The daily tally rose by some 980 from a day ago, but remained below 100-thousand for the second consecutive day.

The North appears to have added no new deaths as the headquarters did not release the relevant tally.

Meanwhile, North Korean leader Kim Jong-un received a briefing on the anti-viral efforts in a politburo meeting of the ruling Workers' Party on Saturday.

In the meeting, the politburo reportedly made a positive evaluation of the pandemic situation being controlled and improved across the country and discussed the issues of continuously stabilizing and improving the overall anti-epidemic situation.
Share
Print
List