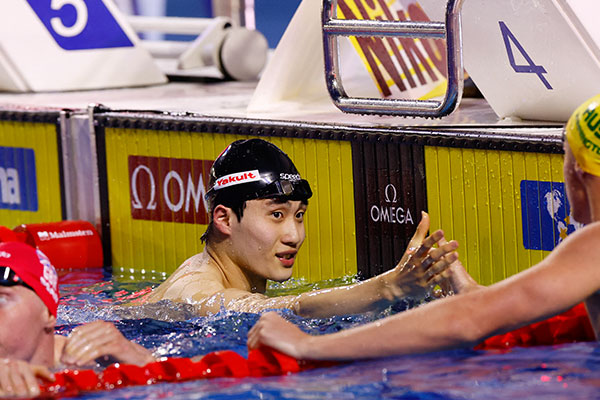 South Korean swimming sensation Hwang Sun-woo has advanced to the finals of the men’s 200 meter freestyle event in the 2022 World Aquatics Championships under way in Budapest, Hungary.

Hwang came in third among the eight swimmers who qualified for the finals after recording one minute and 45-point-46 seconds in the semifinals held on Sunday.

David Popovici of Romania topped the semifinals with a score of one minute and 44-point-40 seconds, breaking the world junior record held by Hwang.

The finals of the men’s 200 freestyle event will be held in the early hours on Tuesday, Korea time.

Hwang is the second South Korean swimmer after Park Tae-hwan to advance to the finals of the 200 meter freestyle event in the World Aquatics Championships.

Park grabbed the bronze medal in the same event in the 2007 championships held in Melbourne.
Share
Print
List