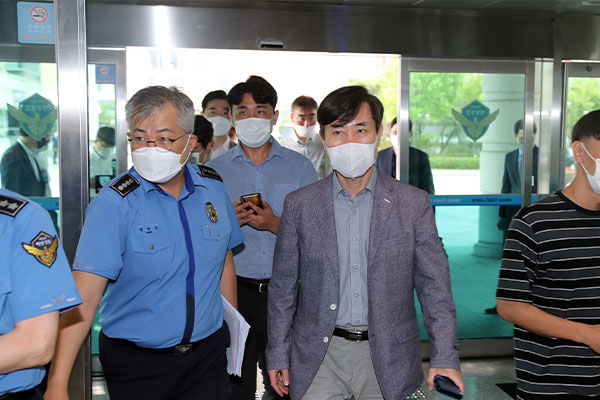 The ruling People Power Party's(PPP) task force investigating the case of a fisheries official who was killed by North Korea near the western sea border released its interim findings on Friday.

According to the task force, its findings include details acquired through access to the Joint Chiefs of Staff's document submitted to the presidential office under the former Moon Jae-in administration soon after the shooting death of Lee Dae-jun on September 22, 2020.

While the document contended that there was only a small possibility that Lee was attempting to defect to the North, Moon's office concluded that he had indeed tried to defect following a ministerial meeting.

The task force called for the release of relevant documents currently sealed by the Presidential Archives.

Task force chief and three-term PPP Rep. Ha Tae-keung claimed that the Moon government tried to cover up the North's brutality by publicly asserting that Lee had sought to defect after incurring gambling debt.

Ha said seven hours’ worth of the North's telecommunication report, obtained through wiretapping, the term "defect to the North" was mentioned only once, some two hours after Lee was found by the North, without providing any conclusive evidence on whether, why or how Lee had planned to flee to the North.

The lawmaker said the defense ministry verified that Moon did not give any orders to rescue Lee, from the time he was confirmed to be still alive at around 3:30 p.m. on September 22 until he was shot to death some six hours later.
Share
Print
List