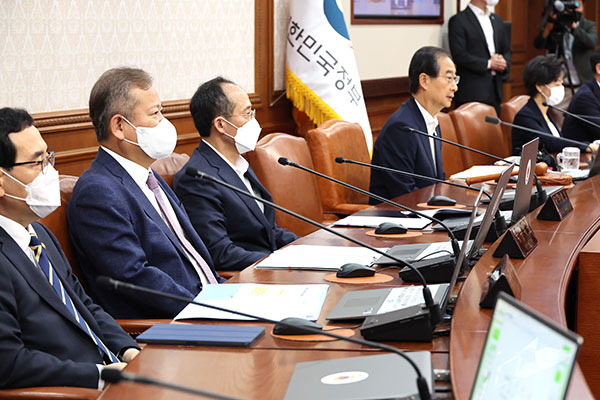 The main opposition Democratic Party(DP) has blasted the Cabinet's passage of an enforcement decree establishing a police oversight bureau under the interior ministry, accusing the Yoon Suk Yeol administration of suppressing opposing views, including those of the police.

In a statement on Tuesday, the DP's floor spokesperson, Lee Su-jin, issued a severe rebuke of the Cabinet’s approval of the decree, decrying it as a mere formality while the Yoon administration attempts to reverse the police's history of democratization and establish a police state.

Lee encouraged the Yoon administration to remember how past authoritarian governments came to their demise.

She said that if the Yoon administration continues to pursue a regression of history, the DP and the public will block its path.

The establishment of the police bureau was endorsed during a Cabinet meeting chaired by Prime Minister Han Duck-soo earlier Tuesday. Han said the decree aims to enable the interior minister to handle command over the National Police Agency in a more transparent and democratic manner.
Share
Print
List