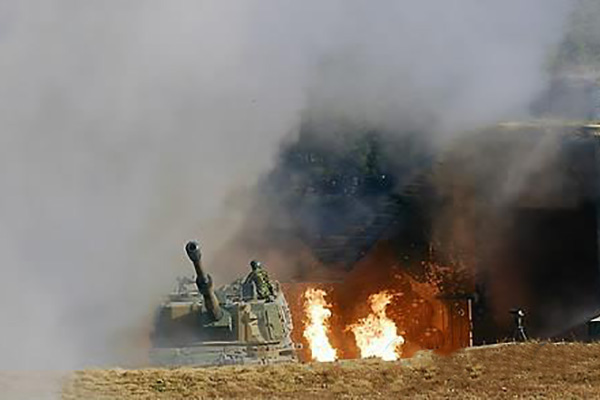 A ceremony on Wednesday commemorated sacrifices made by two South Korean marines who were killed by the North Korean artillery shelling of Yeonpyeong Island 12 years ago.

A defense ministry official delivered a speech on behalf of minister Lee Jong-sup, who is on an overseas trip, that said the military is maintaining a firm readiness posture bolstered by the fighting spirit passed on by the two heroes.

Should North Korea conduct a direct provocation, the minister said the military will exercise the nation’s right to self-defense with an immediate and stern response.

The artillery attack on the northwestern island near the maritime border occurred on November 23, 2010, killing two soldiers and two civilians.
Share
Print
List