IOC Tweets Volleyball Star's Retirement, Thanks Her for Dedication 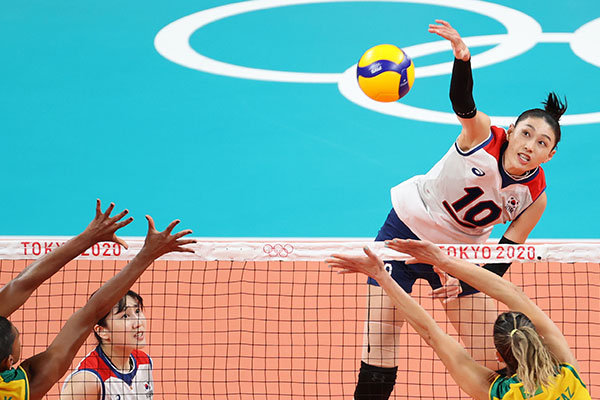 In a Friday tweet, the IOC said the legendary Olympian Kim has retired from the national volleyball team, thanking her for her dedication which burned bright throughout the Olympic Games.

The IOC also posted a 22-second video of Kim's memorable moments from the London, Rio and Tokyo Olympics.

The 33-year-old led the South Korean women's volleyball team to finish fourth in the Tokyo Games. She revealed her plans to retire on Thursday during a meeting with Korea Volleyball Association President Oh Han-nam, ending 17 years with the national team.
List
TOP