S. Korea to Be 81st in Parade Line-up at Tokyo Paralympics Opening 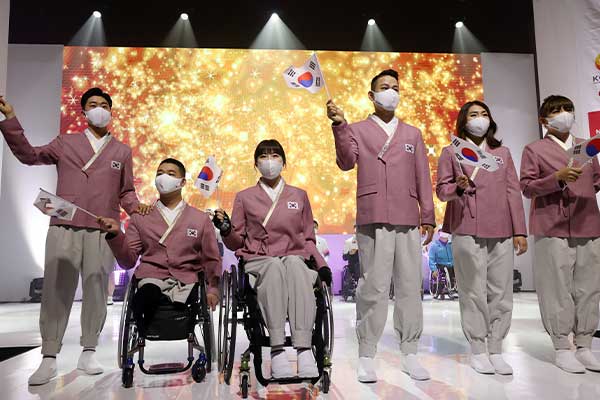 South Korea will be the 81st contingent to march during the opening ceremony for the 2020 Tokyo Paralympics.

The International Paralympic Committee(IPC) on Monday announced the rundown for parade involving the 162 teams participating in the Tokyo event as determined by the Japanese names of each country. The Paralympics’ opening ceremony will begin at 8 p.m. Tuesday.

The Refugee Paralympic Team will march first and Japan as the hosting county will march last, following the U.S. and France, the hosts of the 2028 and 2024 Paralympics, respectively.

Boccia player Choi Ye-jin and her partner and mother Moon Woo-young will be the flag-bearers for Team Korea, which seeks a top 20 finish with at least four gold medals.

Some four-thousand-400 athletes are scheduled to compete for some  500 gold, silver and bronze medals up for grabs in 22 disciplines during the 13-day run through September 5.
List
TOP