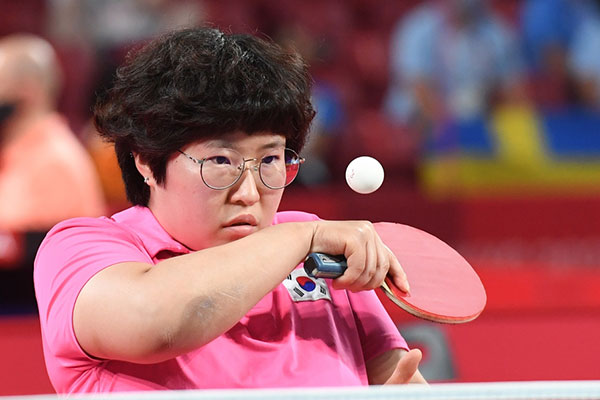 South Korea has won its first medal at the Tokyo Paralympics in women's table tennis.

In table tennis this year, there is no bronze medal match and all athletes reaching the semifinals secure a medal.

Lee and Yoon will team up with Seo Su-yeon and compete in the women's team event class one-to-three on Tuesday. The three won a team silver medal at the 2016 Paralympics.

In men's table tennis, Kim Young-gun defeated a Turkish opponent 3 to 1 in the men's singles class four, and advanced to the final, securing at least a silver.
List
TOP