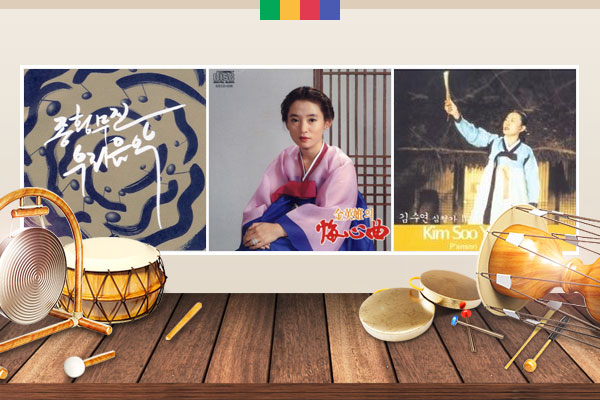 You’ve probably seen quite a lot of people trying to protect the environment by cutting down on plastic or rescuing endangered animals or advocating for the rights of the elderly and disabled. They don’t do these things to make money or become famous. When asked what motivates them to devote their time and energy to such activities, many of them answer that they do so to make this world a better place for their children. In the old days, when medical care was not widely available, one of the biggest concerns for parents was raising their children to be safe and healthy. Feeding and clothing them came later. After Korea modernized and abolished social caste systems, all Korean parents wanted their children to be educated even if they had to go hungry. Now, more and more parents want the world to be a little safer for their children. Today is Parents’ Day in Korea. Parents are those who willingly step up to change the world if doing so benefits their children. The first song we have for today is “A Prayer for a Beautiful World” sung by Kang Kwon-soon.

Music 1: A Prayer for a Beautiful World/ Sung by Kang Kwon-soon

When children grow up, however, they often forget about their parents’ love and sacrifice and look down on their parents for being old or not catching up with modern conveniences. That’s why parents tell their children that they’ll start to appreciate what their parents did for them once they have their own kids. There was one interesting post on the internet that drew nods of agreement from many grownups.

Long ago, my mother used to say that I would understand her when I had a child just like me. But my child who talks and acts just like me is being raised by my mother.

It seems that our parents’ generation is sustained by their sense of duty. When our parents were little, they tried to fulfill their duty as good sons and daughters and when they were all grown up, they took care of their aging parents and their still-growing children. Just when they thought that they had completed their roles as parents and children, our parents were asked to look after their grandchildren. A Gyeonggi-do folk song titled “Hoisimgok회심곡” talks about these parents. In the song, the mother gives only good things to her child, leaving herself to bear all the bad things. She prays for her child’s safety and prosperity every day. The song may sound old by today’s standards, but a mother’s love shown in her words and actions transcends generations. Here’s Kim Young-im singing “Hoisimgok.”

“Hoisimgok” originated from a Buddhist ritual. When a memorial service is conducted at a Buddhist temple, monks usually chant passages from Buddhist scripture. However, the uneducated masses from the old days probably had a hard time understanding the readings. So, when the service was about to end, Buddha’s teachings were translated into Korean and set to a tune. This song was called “hwacheong화청” or “hoisimgok.” The provincial folk song version of “Hoisimgok” you just heard was a popular rendition of the Buddhist song. The word “hoisim” means turning the heart, which indicates that a secular heart should be turned in order to go the right way. It would be nice to listen to “Hoisimgok” every now and then to remember how much our parents loved us. Now we’ll listen to the passage from “Simcheongga심청가” in which Simcheong’s blind father regains his eyesight. In Korea, Simcheong is the paragon of filial love. She willingly gave up her life in order to restore her father’s vision. Because of her selfless sacrifice and deep love for her father, she became an empress and made all blind men see. This story shouldn’t be dismissed as old folklore, because miracles do happen in this world. This week’s Sounds of Korea will conclude with this passage from “Simcheongga” sung by Kim Su-yeon.