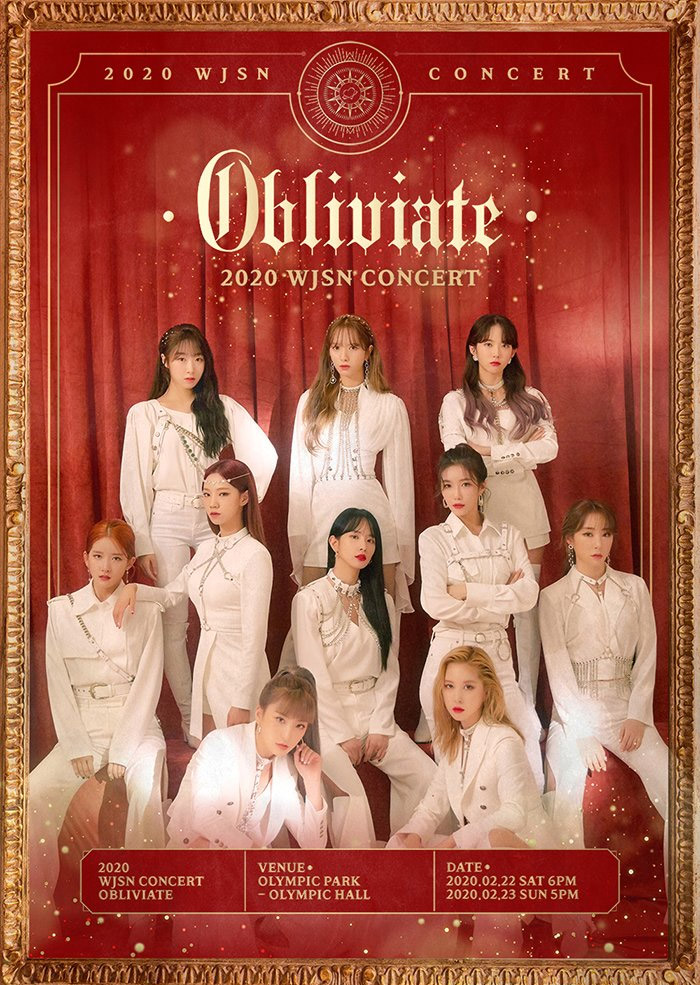 Popular girl group Cosmic Girls (WJSN) will be holding their 3rd solo concert. Titled, “Obliviate,” the Seoul concerts will be held from Feb. 22-23 at Olympic Park’s Olympic Hall. Since debuting in 2016, the group which consists of both Korean and Chinese members, have gained popularity in Asia. They recently released their seventh mini-album, “As You Wish,” in Nov. 2019.