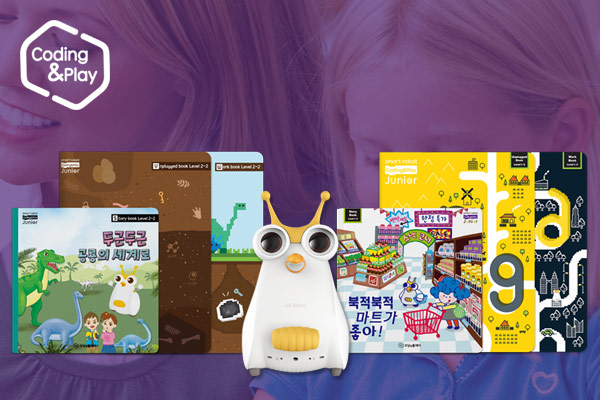 Coding & Play develops coding education materials for children and provides relevant educational services. The U.S. and the U.K., which led the first and second industrial revolutions, are again making efforts to prepare for and lead the fourth industrial revolution. As part of those efforts, schools in those countries are teaching children how to code from the very early stage of education. I turned my eyes to this area and began to show interest in it.

The “coding” fever has been sweeping throughout the world. Coding is basically the computer language used to create apps or software. Steve Jobs, one of the most innovative business leaders, said while he was alive that everyone should know how to program a computer because it teaches you how to think. Former U.S. President Barack Obama also stressed that coding is not only your future but the future of your country. Computer programming is used for technologies that would lead the fourth industrial revolution, such as artificial intelligence, big data and the Internet of Things. The coding process helps develop logical thinking, creativity and problem-solving abilities. That is to say, children who will live in an era of the fourth industrial revolution should be equipped with coding skills. It comes as little surprise that coding has been part of the regular curriculum at schools in advanced countries. In South Korea, mandatory coding education at middle and high schools came into effect this year. Having read this trend, Coding & Play began to research children’s coding education in 2014 and provided the education in earnest in 2016.

After I participated in some education fairs like the British Education Technology Trade show and the Consumer Electronics Show or CES, I discovered that coding education involved smart robots in most cases, not textbooks. I also learned that there were very few curriculums for children at an early age. Surprisingly, however, kids in advanced countries such as the U.S., the U.K. and Finland start learning coding even earlier than their counterparts in other countries. My company began to develop educational programs that would be easily accessible by young children. Children aged between 4 and 6 can start using our coding curriculums. We began to provide them to local preschools in 2016.

Children begin to learn how to code from early years. But in reality, the educational programs were too difficult for the young learners to master. To solve this problem, the company developed various coding programs tailored to different age groups, including preschoolers and elementary school students. The textbooks and curriculums were diversified in accordance with the levels of the learners. The storybook, for example, enables the learners to develop computational thinking and motivates them to learn coding while reading coding-related episodes. With the unplugged book, meanwhile, the students learn the concept and principle of computing thinking without a robot or a computer. Then they engage in plugged activities, where they enter their command with the coding language they have learned and run simulations. The company’s partner SK Telecom’s Smart Robot called Albert can be used as well. Albert teaches children the concepts of coding algorithm, such as execution, sequence and loops, in an easier and more interesting way. As the company name indicates, Coding & Play’s teaching materials help children understand the principle of coding naturally through play and execute what they have imagined. 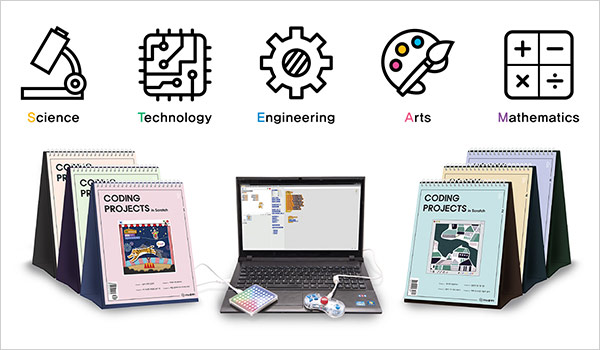 In 2016, the company began to provide a program called “Coding & Play Preschool” to local kindergartens. Currently, about 250 preschools and daycare centers in Korea are using this program to conduct coding education. Early this year, Coding & Play took part in CES 2018 in Las Vegas, where the company was chosen by U.S. IT media Ubergizmo as one of the three favorites of “Best of Made in Korea.” It also joined the top 10 list of “Best of Made in Korea” selected by global news network, Aving News. That’s not all. The company was selected as a children’s coding education brand that merits attention at the Korea First Brand Awards 2018 and also won the top prize in the education category of the Korea Best New Products.

Coding & Play is Korea’s only professional children’s coding education program that is designed for the Nuri Curriculum, which is a free education program for toddlers. At present, some 10-thousand students at 250 educational institutes in Korea learn this program. The company has been participating in CES, the world’s largest IT exhibition, over the last three years. This year, it was chosen as a Korean company that deserves attention. Now the firm is expanding its presence overseas. 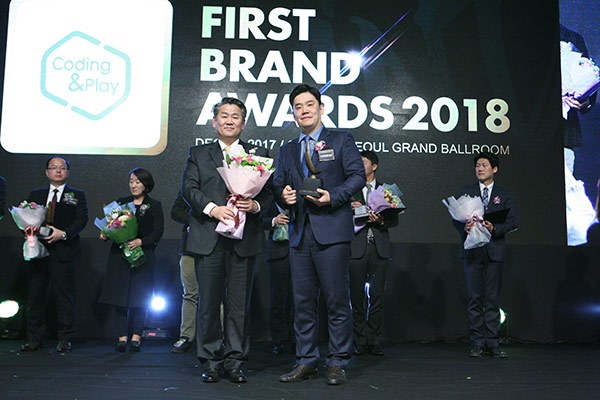 While taking part in world-famous education fairs or IT exhibitions for years, we learned that there were not many teaching materials for coding education for children. So we decided to develop systematic coding curriculums. Many countries feel the need for coding education, but they can hardly find innovative curriculums for young kids. That’s why we’re getting a lot of inquiries. We signed a license agreement with a Taiwanese firm, just eight months after our company was set up. We later exported our products to the United Arab Emirates and Hong Kong. Now, we’re consulting with buyers in Asian countries such as Singapore, Japan and Thailand, and also in countries in various other parts of the world, including Italy, the U.K., Poland and Israel.

It seems that the company is promoting Korean-style coding education the world over. In November this year, it plans on introducing a coding robot developed by Wyss Institute, a prestigious research institution in Harvard University in the U.S. Mr. Lee now talks about the future he is envisioning.

Communication among people has been important so far. Society consists of people, so fostering sociality has been considered part of education. But in a future society led by our children, relations between people and computers, or machines, will be as important as human relationships. That is, communication among humans and computers will be highly important. That’s what many futurologists and scholars are saying. We’ll provide education content that can keep up with the trend. We recognize the value of coding in this context, and we hope to take the lead in promoting communication between people and machines in the future.

In line with the fourth industrial revolution, the information-oriented society is entering a new phase. In an era where artificial intelligence can serve as a life partner of humans, coding will emerge as an important means of communication since it expresses people’s thoughts in a language understood by the computer. Without a doubt, Coding & Play’s role will be increasingly important in that process.