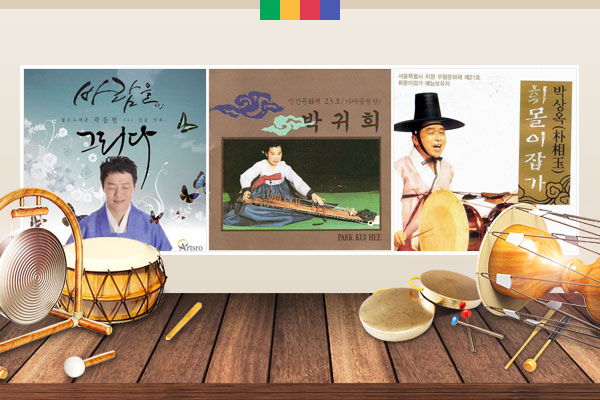 King Jeong-jo정조 wrote the following description about a certain plant. Can you guess which plant he was referring to?

Given that this plant appeared at this time and place, we can guess what Heaven had in store for us. So I order this Namryeongcho남령초 to be documented in medical books. I want this plant to be distributed to the people so that they can benefit from its effectiveness and repay Heaven’s love for our people.

Do you have any idea what Namryeongcho is? It’s tobacco. Back in the days of King Jeongjo people didn’t realize how harmful tobacco could be. It spread so rapidly throughout the country that even children were smoking it within ten years since its first introduction in Joseon in the early 1600s. King Jeong-jo said smoking helped him de-stress and even presented “tobacco” as the topic of a national public service examination. Given the high status of tobacco, it would be strange not to have it exalted in songs. Here’s “Dambagwi Taryeong” sung by Kwak Dong-hyun.

Dambagwi is an old, Koreanized term for tobacco. King Jeongjo was eager to promote the plant among the common people. Realizing that tobacco would bring bountiful profits, people started cultivating the plants to the point that there was hardly enough land to grow rice and other crops.

Judging from these lyrics from a song, you can see how precious tobacco was perceived in those days. Coming up next is “Golpae Taryeong골패타령” which is about a game similar to Chinese mahjong. Golpae is played with small blocks colored in black or red. The pieces are made of bones and have holes, small or large that are matched in pairs. The ways to play golpae are numerous and complicated, so it was considered a game for the academics or intellectuals. Therefore, it was not as popular as card games among the general population. In fact, Joseon-era scholar Jeong Yak-yong정약용 wrote in his book “Mokminsimseo목민심서,” or “The Mind of Governing the People,” the following.

Among many different wagered games, the ones that deprave the mind, bankrupt the wealth, worry the family are first the tujeon투전, followed by ssangryuk쌍륙 and golpae.

Tujeon is a sort of card game played with pieces of paper with numbers or pictures on them. Ssangryuk is a traditional board game much like western backgammon. “Golpae Taryeong” describes how a gambler ruins his life in an amusing fashion. After losing all his money from playing golpae and tujeon, the gambler, in the song, tries to con a loan shark but gets beaten up after his scam is discovered. He vows never to gamble again, but eventually returns to the gambling house to mooch off of winners. Here’s gayageum virtuoso Park Gwi-hui playing “Golpae Taryeong.”

There is a song among Gyeonggijapga경기잡가 that sings about a more honorable game than golpae or tujeon. It’s “Janggi Taryeong장기타령.” Janggi is Korean chess with pieces representing the kings and generals of the Chu and Han states from the seven warring states of China. The song describes the sceneries and old tales in the first half and the game of janggi is mentioned only in the latter part. Instead of the war between Chu and Han, the game in the song is based on the Battle of the Red Cliffs between Liu Bei and Cao Cao. Let’s wrap up this week’s Sounds of Korea with Park Sang-ok singing “Janggi Taryeong.”