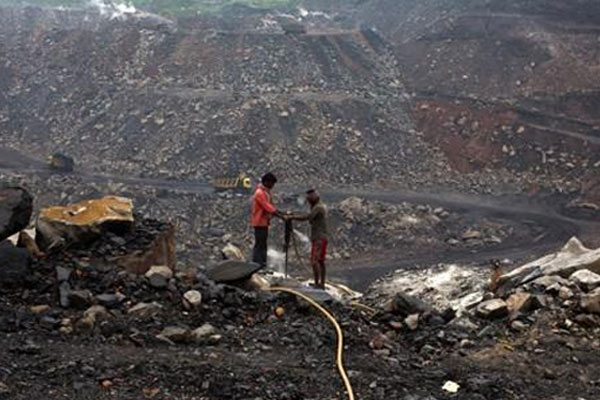 Many Koreans who felt frustrated at stringent quarantine restrictions say it’s so refreshing to look up to a high and clear blue autumn sky. Some say that the crystal-clear sky is attributable partly to electricity shortages in China, where many regions suffer from the worst power shortage ever. As local factories have shut down or reduced running time, fine dust sweeping in from China has also reduced to apparently contribute to a clear sky in Korea.

Analysts predict that the real crisis looming in the Chinese economy is not the debt crisis involving the Chinese real estate giant Evergrande but the electricity shortage, which is expected to drag down the country’s growth rate and impact the global economy as well.

Here is Kim Dae-ho, director of the Global Economic Research Institute, to examine why the energy crisis erupted in China and how it may influence South Korea and the global economy.

The failure in timely power supply in China has caused confusion in the local economy and society. There are multiple reasons for the power outages. Most notably, China and Australia have imposed sanctions on each other’s goods since May last year due to political and economic conflict. China stopped importing Australian coal with the belief that the measure would deal a blow to Australia. But Australia turned to other countries like India for its coal exports, while the drastic decease in coal imports in China led to a surge in coal prices in the nation. China did import coal from Indonesia, but Indonesian coal is 50 percent less efficient than Australian coal. Moreover, the heating season in northern China has begun in autumn, resulting in rising demand for coal.  Tight coal supplies and less efficient coal forced some coal-fired power plants to cut electricity generation.

The Chinese government’s tighter energy consumption policy is cited as another reason for the nation’s severe power crunch. In the past, the government would restrict industrial electricity supply to manufacturers that consume a large amount of electric power during the period when power use was concentrated. In fact, the rule remained rather loose. But since Chinese President Xi Jinping vowed to achieve carbon neutrality by 2060, local governments have strictly enforced the measure to reduce power use. It is said that Xi imposes tight restrictions on the use of fossil fuel, as he wishes to show Beijing’s clear blue sky to the entire world during the 2022 Beijing Winter Olympics.

Analysts say that the energy shortage may trigger a more serious crisis than the possible collapse of Evergrande.

Global investment banks believe that Evergrande’s debt crisis is rather exaggerated and that China can handle the situation properly. But the energy crisis may have a negative impact on the Chinese manufacturing industry overall and it cannot be resolved quickly. Setbacks in the Chinese manufacturing sector may disrupt the global supply chains. In this respect, many experts say that China’s power shortage should be dealt with more seriously than the troubles of Evergrande. Some global investment banks initially predicted that the Chinese economy would grow 7 to 8 percent this year, but they have revised down their forecasts to 6 to 7 percent due to the energy crisis in the country.

The Chinese economy accounted for 28 percent of global economic growth from 2013 to 2018, twice the share of the U.S., indicating that China has an enormous impact on the global economy.

The electricity crisis in China is putting foreign firms doing business in the country in difficult situations. Korean companies are no exception. South Korea’s steel giant POSCO halted some of the production lines at its stainless steel plant in Jiangsu Province from September 17. Confectionary maker Orion has also suspended operations of its factory in Liaoning Province since September 27. It seems the poor power supply in China has dealt a direct blow to Korean production bases in the country.

China is called the factory of the world. There are concerns that the energy crisis in China may plunge the global supply chains into chaos and stoke inflation.

The COVID-19 pandemic has already disrupted global supply chains. A product requiring tens of thousands of parts cannot be completed if just one or two parts are absent. Even now, some products including automobiles and smartphones are in short supply. Numerous industrial parts are produced in China, both by local and foreign manufacturers. Production disruption as a result of the power shortage in China will lower the country’s GDP and also stop the entire world from producing goods at the right time. The inadequate supplies of products may drive up inflation, which could rise even further amid ample liquidity in the market pumped by governments around the world to fight against the pandemic. The situation is feared to bring about stagflation, in which inflation is high, while the economy declines.

The Chinese economy has shown clear signs of recovering from the pandemic since the second half of last year, on the back of the government’s massive support measures. But the local economy has noticeably slowed down as of late, amid the authorities’ sweeping regulatory crackdown on private firms, the resurgence of COVID-19 and soaring prices of raw materials. Analysts say that China’s annual growth rate may decline further if Evergrande Group goes bankrupt and domestic demand fails to recover in the severe power supply crisis.

If that happens, the Korean economy will inevitably suffer a blow. Chiefs of financial authorities in Korea warn of “a perfect storm,” which refers to a major economic crisis triggered by the simultaneous eruption of multiple negative factors in different countries.

If a financial crisis in the U.S. and a similar crisis in China break out at the same time, the ripple effects will be more devastating than the separate eruption of the crises. The U.S. Fed seems to be preparing to start tapering, or reducing asset purchases, within the year for monetary tightening. The U.S. is also expected to raise its key interest rate next year. In this situation, the collapse of Evergrande Group, global production disruptions as a result of the energy crisis in China and various adverse effects of Brexit may emerge all at once. Analysts are wary of this possibility.

As the Korean economy relies heavily on the Chinese one, its exports and foreign exchange rates tend to move in sync with those of China. Intermediary goods account for 60 to 70 percent of Korea’s exports to China, where the goods are assembled into finished products for exports. Therefore, sluggish exports in China may also weaken Korea’s exports. On a similar note, slower growth in China could make the Korean currency more volatile. It’s necessary for Korea to prepare for proper measures.

South Korea should strengthen its economic fundamentals to cope with any negative external factors effectively. In preparation for a possible supply chain crisis triggered by China, Korean companies absolutely need to secure alternative suppliers of parts. The government, for its part, must swiftly provide relevant information to local firms to prevent a shortage of certain parts from affecting the whole industry. In the process of reestablishing global supply chains in the wake of the pandemic, deepening reliance on a particular country for particular parts is highly dangerous. It is urgent for Korea to diversify part suppliers.

A series of bad news in the Chinese economy indicate a drastic change in China. With the Korean economy and the Chinese one inseparably bound up with each other, Korea needs to examine how the ongoing shift in China’s growth model may influence its own economy.