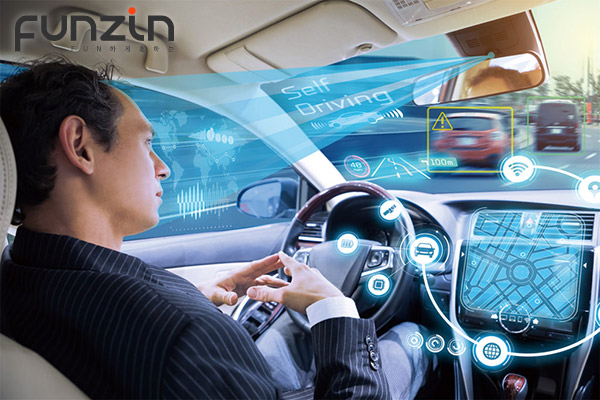 Today, we introduce you to Funzin, a firm specializing in advanced 5G solutions and electronic parts for smart cars. Let’s hear from executive director Kim Ju-han, head of business strategy at the company.

Funzin is a software developer. There are many manufacturers of machines or systems related to information technology, but we focus on developing IT software or solutions that perform particular functions.

We first attracted attention from the industry with a product called “Ocelot.” This solution is designed to measure and analyze a radio frequency environment for mobile telecommunications. In 2013, the Korean mobile telecommunications industry encountered frequency interference at 900 megahertz bands. While others failed to find the source of the issue, Funzin was able to do so through Ocelot, and subsequently resolved the problem.

In recognition of its outstanding work, the company received the Ministry of Science and ICT Award. Since then, the company has undertaken various telecommunication and research projects.

The company name, Funzin, is a combination of the English word “fun” and the Korean word “zin,” meaning “move forward” or “advance.” The company was established in 2006 under the motto “Enjoy working and moving forward with an enterprising spirit.” As Mr. Kim explained, this creative software developer gained recognition in 2013 when it solved a frequency interference problem with its Ocelot technology.

Korea’s advanced mobile telecommunications technology is supported by physical infrastructure positioned on urban terrain such as buildings and streets. The Korean Peninsula, however, has complex terrain. For that reason, frequencies may collide or interfere at times. If that happens, mobile phone users may experience interruptions such as dropped calls or poor data connection.

Funzin can identify the source of this problem and help maintain the optimal frequency environment.

The equipment is loaded into a vehicle and it moves around regularly to measure the frequency conditions of different areas. In the past, the measured values or figures had to be brought to a research center, where experts analyzed them and wrote out their findings.

Our technology, however, allows for data to be uploaded to a cloud-based interface on the spot and be analyzed in real time. With machine learning, we can examine the patterns in the frequency environment. If something appears irregular, we can assume that something is happening in the environment of that region. Then, we check the conditions more precisely, find out what’s wrong, and remedy the situation before any major trouble arises.

Funzin’s technology has gone as far as to apply real-time big data analysis measuring frequencies. In other words, their technology analyzes a large amount of data in real time to identify any irregularities and their causes.

The innovative technology is expected to ensure a high level of security for mobile telecommunications in Korea, which is preparing to roll out commercial fifth-generation or 5G mobile network service.

5G networks will benefit not only consumers but nearly all industries connected with the Internet of Things or smart vehicles. 5G network-based services will, of course, enhance convenience and efficiency.

On the flip side, however, these developments may create new risks. Any 5G network failure will not simply disconnect calls but disrupt machines, traffic networks and most industrial systems in operation. So the 5G era demands tougher requirements for security than in the past. It comes as no surprise that telecom operators are investing a great deal of effort to optimize 5G networks and detect any abnormalities. As part of those efforts, Funzin has employed big data and artificial intelligence towards a solution aimed at predicting any possible network failure.

We have to note that any disruption in 5G telecommunications networks may lead to serious dangers. Compared to 4G long-term evolution or LTE, the data transmission speed of 5G networks is about 20 times faster. If there is something wrong with 5G networks that connect people, things and data, major infrastructure will be hit hard. Aware of what’s at stake, Funzin developed the world’s first system capable of proactively detecting anomalies in a 5G frequency environment by using big data and artificial intelligence.

As a leading software developer in the Fourth Industrial Revolution, the company’s innovations are not limited to mobile telecommunications. 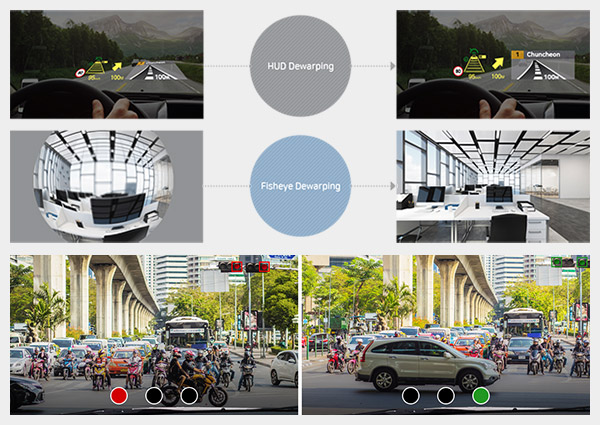 In the field of electronic parts for smart cars, we’ve developed a new solution called FUSION. It drew an enthusiastic response at CES 2019, the world’s largest IT exhibition.

By using artificial intelligence, FUSION recognizes the face of a driver and automatically sets the seat position and angles of side-view mirrors optimized for the driver as well as his or her favorite music or radio channels. A couple may share one car, for example, but each partner will have their own respective measurements and preferences. FUSION recognizes the driver’s face and automatically adjusts the driving environment based on pre-set information.

Funzin created an instant buzz at this year’s Consumer Electronics Show. Many firms seemed to be interested in FUSION, with global companies like Ford, GM and Intel visiting Fuzin’s booth during the exhibition period. Car-sharing platforms particular interest in FUSION.

Today, car-sharing is one of the hottest topics around the world. Like the couple I mentioned earlier, users of a car-sharing service often have to change driving settings. But once our face-recognition software is installed, it can recognize the driver’s face, regardless of the vehicle or the car-sharing platform, and optimize the driving environment for that driver. In the process of building a platform like this, car-sharing firms are developing or looking for relevant technology.

FUSION is being introduced in a small number of cars on a trial basis now, but more vehicles, starting with luxury models, are expected to adopt it in the next two to three years. It will then spread gradually the rest of the market. As car-sharing services become more common, nearly all such businesses will install this solution in their vehicles.

In the third quarter of last year, the number of users of car-sharing services worldwide was tallied at 1 billion. With the sharing economy expanding, car-sharing businesses are preparing for a new and efficient kind of service. And Funzin offers a tremendous solution to those firms.

And Funzin says this is just the beginning. The company is concentrating on a promising field that has unlimited potential, while the Fourth Industrial Revolution era evolves at a rapid pace With sustainable technological development, Funzin will surely lead the new future.