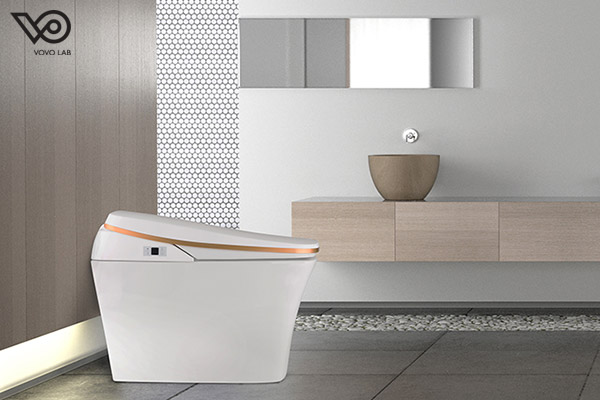 Today, we’ll introduce you to VOVO Corporation, the pioneer of the integrated bidet market in Korea.

Let’s hear from Kim Ji-seong, deputy head of the business department at VOVO.

VOVO Corporation introduced the rather unfamiliar concept of the integrated toilet to the domestic market for the first time. The company has researched the advanced technology of bathroom appliance manufacturers in Japan, such as Panasonic, Inax and Toto and developed new products tailored for Korean consumers. It has also produced relevant parts locally and effectively removed the price bubble. By providing integrated bidets to many more people, the company has contributed to upgrading the Korean bathroom culture to a higher level. To promote the common use of integrated bidet products, VOVO disclosed its patents so it could pave the way for various other local manufacturers to develop similar products. That’s why the company is dubbed as the pioneer of the integrated toilet market.

The bidet was introduced to Korea in the 1990s. At the time, a separate bidet was installed on a toilet already in use. Since the foundation of VOVO Corporation in 2001, however, the bidet market began to change as the company unveiled Korea’s first integrated bidet that combined a bidet with a toilet.

The early version of the bidet was produced separately from the toilet, so the two didn’t really match in terms of design. Old bidets had some drawbacks such as difficulties in cleaning, the possibility of the propagation of germs inside the water tank and the use of an analog button or lever for flushing.

In contrast, VOVO’s integrated toilet with a built-in bidet is connected directly to the home’s water supply. Bidets using the tank-less direct water system are more hygienic than conventional ones. Also, a sensor on the seat monitors the time and determines small or full flush after use. The eco-friendly, automatic flushing system contributes to saving water.

An integrated bidet without a water tank is free from pollution and bad odors and is easy to clean. Users don’t need to replace the semi-permanent filter but simply need to wash it once every six months. The bidet toilet is controlled by a smart wireless remote control so the lid automatically opens or closes when you approach or move away from the toilet. When you stand up after using the toilet, a sensor on the seat makes the toilet flush automatically.

The evolution of the seat-type bidet into the integrated one can be attributed to the company’s relentless R&D efforts.

We set up an integrated bidet laboratory in 2006. Starting with R&D of early versions of Japanese products, the lab led by five specialists with more than 20 years of experience has constantly conducted research and sharpened technology to develop new products. We’ve installed 450-thousand units of integrated bidets in various buildings and structures. In the process, we’ve been able to accumulate technology that no other company can ever approach.

Company CEO Cho Geum-hwan began to work in the bathroom appliance industry in his 20s, nurturing a dream to develop a new bidet product that would keep up with the rapidly evolving industry. To make an integrated bidet fit the domestic environment, Cho researched advanced technology and established an integrated bidet laboratory in 2006, the first such institute in Korea. Later, the company was able to develop the world’s first hi-tech material known as STM to make the bidet lighter. The part coming into contact with water was made of a ceramic material to enhance durability. A great deal of effort was put into the design as well.

In 2009 and 2017, the company won Germany’s iF Design Award, which is recognized as one of the world’s three major design awards.

As the company achieved innovation in both technology and design, it confidently entered the market, but the reaction was different than expected. 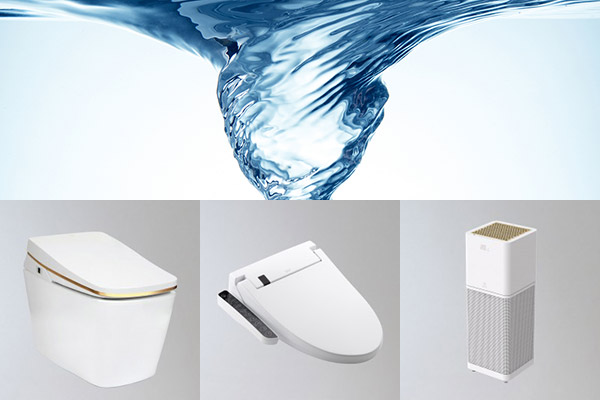 Integrated bidet products were not only unfamiliar to consumers but were rather expensive, compared to general toilets. It comes as little surprise that we had great difficulty in finding our way into the market in the initial period. To overcome the difficulty, our CEO carried the product himself, which weighed over 40 kilograms, to compare it with its alternatives and actually activate it in front of potential customers. In this way, he verified the excellence of the product and successfully explored the market.

Currently, we provide our bidet products to major construction companies and hotels in Korea, including Samsung C&T Corporation, Hyundai Engineering & Construction, Lotte Hotel in Jeju and Park Hyatt in Busan. We account for about 70 percent of the domestic integrated bidet market. We’ve supplied goods to bathroom ware businesses such as American Standard, Hanssem and Royal for some ten years on an original equipment manufacturing basis.

The integrated bidet featuring VOVO’s own technology was initially unknown to users and businesses alike. To help customers feel more familiar with the product, CEO Cho visited them himself, carrying around the bidet, to show its advantages over existing products. Thanks to his diligence and hard work, the company grabbed the opportunity to display its product at Samsung C&T Corporation’s future house exhibition hall. The innovative bidet quickly drew attention from the industry. From then on, VOVO has provided its bidet products to luxury apartments and hotels built by major construction companies in Korea.

The products have also been well received in overseas markets. They are being exported to 30 different countries around the world, including the U.S., the U.K., Australia, France and Russia. Last year, the company won the “5 million dollar Export Tower Award” in Korea. This year, VOVO will participate in IFA, the world’s leading industrial exhibition, in Berlin in September. It is eager to use the occasion as an opportunity to take a step forward.

Our sales have increased sharply for the last five years. VOVO is the first Korean developer of an integrated bidet, and it certainly is something to be proud of. The company has grown considerably as the integrated bidet is becoming a necessity in everyday life. I think many more people will use the convenient and sanitary equipment in the future.

In addition to the bidet, we’ve developed the world’s first air purifier using a filter made of Hinoki wood. I’m confident that this new product will also be loved by consumers. We’ll introduce it to foreign buyers at IFA 2019 in Berlin.

With its integrated bidet and air purifier equipped with a Hinoki wood filter, VOVO is evolving into an eco-friendly home appliance company and will continue its journey as a pioneer in the bathroom industry.