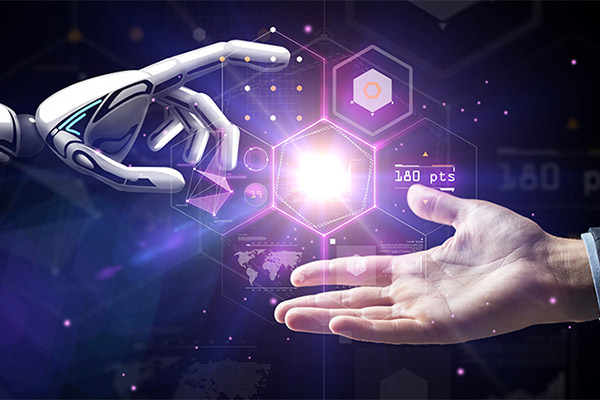 Today, we’re going to introduce Edentns, a company that is blowing a new wind to the robotic process automation market in Korea. Let’s hear from its president Kim Yeon-ki.

When I finished my military service in 1988, I decided to enter an IT company as I majored in electronic engineering. So I worked at Sambo Computer, a homegrown computer manufacturer, for about ten years, and at Hewlett Packard Korea, which was HP Samsung at the time, for 13 years. In the process, I found myself hoping to start my own business, and I set up a firm in 2009. For the following seven to eight years, my company brought in foreign products to Korea to conduct business related to the establishment of IT infrastructure. But I thought it would be difficult to expand the business in that way and began to make preparations to change the direction in 2016. As an IT infra solution provider, the company set up a research institute in 2018 and released its own solution last year, the 10th year of its foundation.

Mr. Kim began his career at Sambo Computer, which manufactured personal computers for the first time in Korea. He also worked at a foreign IT firm before establishing his own company, Edentns, in 2009. Engineers comprise 60 percent of the company. On the back of its strong technology, it became a partner firm of global companies such as HP and Lexmark to post annual sales of 18 million US dollars.

But the company refused to settle for a stable position as a partner firm and took on a new challenge by developing its own solution related to robotic process automation or RPA.

The domestic RPA market is led by about four foreign products, which began to enter Korea in 2017, as far as I know. We actually delivered foreign solutions to Korea. But we thought we wouldn’t necessarily have to rely on foreign vendors but could develop products on our own.

RPA solutions, which have the purpose of replacing human workers, require follow-up services after being introduced. Foreign products are imported at low prices to dominate the market at first, but they later cost a lot to maintain. Our solution is reasonably priced and keeps costs down so domestic users can reduce their dependence on imported ones. With our solution, we carried out projects worth 2.7 million dollars with large companies last year. I think the figure will jump from 9 million to 13 million dollars this year.

RPA is robotic software that automates routine and simple tasks that are typically performed by office workers. In sales ledger management, for example, workers have to enter figures on sales slips each time and go through slip management procedures. Using RPA, however, all the slips can be managed simply with a few clicks on the computer. During application screening, RPA automates the process of checking academic grades or language scores of applicants and evaluating them. In the case of Korea’s leading steelmaker POSCO, it took more than two weeks to screen the resumes of applicants. After introducing RPA, the company was able to reduce the period to only three days. In addition to an amazingly short process time, RPA is free from errors that are often made by human workers. Thanks to its benefits, RPA has been adopted rapidly in Korea, especially since the introduction of the 52-hour workweek system. 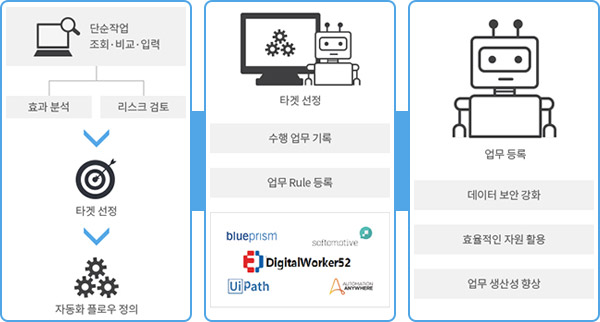 While importing foreign solutions, we discovered that it was rather difficult to use them. The language platform, in particular, was a challenging part.

So we developed our own language system, for which we applied for a patent last October. We believe the easy language use will make our solution highly competitive.

Last September, our solution took a performance test at the request of the Guam Power Authority. Another RPA solution of a world-renowned software firm participated in the same test. Our product was three times faster than our competitor and one-third the price. The Guam agency chose our product eventually.

The best part of the Edentns product is that it is easy to use. RPA can free workers from boring, repetitive work. But no matter how excellent an RPA solution is, it is rendered useless if it is too difficult to use. Edentns recognized this shortcoming of previous solutions. In the course of developing a new solution, the company’s number one priority was to make the product easy enough to learn and use. Based on the expertise and experience that it had accumulated for ten years, Edentns created a solution named Worktronics, which can be learned and operated even by beginners in just one or two weeks. Its competitiveness was duly recognized by the Guam Power Authority last year. And this year, the company will turn its eyes to Japan.

We’re planning on participating in Japan IT Week Spring 2020 that will kick off in Tokyo on April 8th. Japan is Asia’s largest RPA market, which is estimated to have reached 55 billion yen or over 500 million US dollars last year. If we manage to sell our product in the Japanese market, I’m sure we’ll be able to advance into the world market as well.

Japan actively uses RPA to lead the era of digital transformation. A contract-sealing automation service using RPA and robots has already appeared in the country. Edentns believes that it can find markets in various other countries if and when it gains recognition in Japan.

The company plans to expand its markets through collaboration with many different firms.

We brought about change last year with our own RPA solution, and we’ll make a soft landing by stabilizing its sales this year. Sales constantly entail demands including product upgrades, and we’ll continue to work on this part.

A small company like us may face difficulties when doing this type of business alone. I always tell employees about Lycaon, the African wild dog. It is said that a pack of Lycaons has a higher chance of hunting successfully than a single lioness. Likewise, we’ll cooperate with a number of partner firms so that our technological prowess will lead to business success. This year, we’ll make inroads into the overseas market through collaboration with many more partners.

With the era of one man, one robot approaching, people are expected to use RPA as frequently as the Microsoft Excel program. To capitalize on this huge wave of change, Edentns is building strong teamwork. If the company’s network widens further, Korea’s RPA technology will surely earn worldwide recognition.