Special Law on Materials, Parts and Equipment to Take Effect 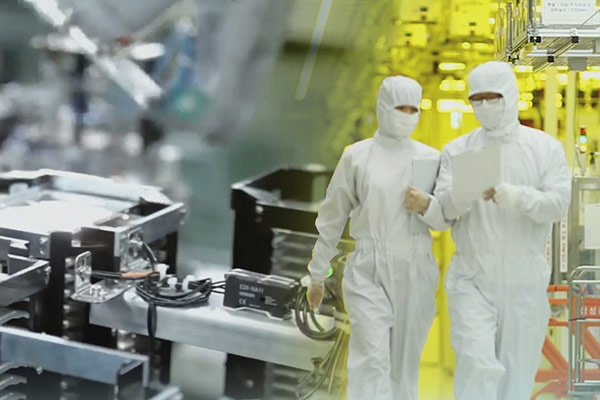 A law on key industrial materials, parts and equipment will take effect on April 1st. The special law was revised last year to respond more effectively to Japan’s export restrictions against South Korea. It will serve as the legal basis for supporting domestic industries and accelerate the process of South Korea’s “departure” from Japanese materials, parts and equipment. Here is Lee In-chul, director of the Real Good Economic Institute, to explain the new law in more detail.

The first revised law, in about 20 years, calls for fostering local developers of materials, parts and equipment and strengthening their competitiveness. The law specifies how to adopt core technologies and select and manage small manufacturers that will lead the drive. The special law was supposed to end in 2021 but has been changed to a permanent law. The relevant bill passed the National Assembly last December and went through the pre-announcement of legislation and consultation of involved ministries.

The special law on materials, parts and equipment was enacted in 2001, with focus placed on nurturing companies specialized in the three sectors.

It has been elevated to a parent law, which will come into effect this week. This is to provide a basis for facilitating technological development, technology transfer and commercialization, collaborative business models, and so on. The major purpose of the law is to boost competitiveness in the industries overall.

The government arranged the law in earnest in order to tackle Japan’s export curbs against South Korea.

On July 4th last year, Japan imposed restrictions on exports to South Korea of three materials critical for the production of semiconductors and displays, namely, etching gas, fluorinated polyimide and photoresist. Later, on August 28th, Tokyo removed South Korea from its list of countries receiving preferential treatment in exports. Japan’s action came as a shock to South Korea, which had relied heavily on Japan for those key industrial materials.

But it prompted South Korea to set a new goal of reducing its dependence on Japan and developing homegrown technologies instead. In early August, the government announced a range of measures to assist the industries through a budget increase, taxation and financing. This was to resolve their difficulties in the short term and to sharpen their competitiveness in the long term. It also pledged to give full support to research and development efforts in the industries to focus more on their qualitative growth.

Japan accounts for 70 to 90 percent of the international market for the three key materials. A disruption in the supply of the high-tech materials would, therefore, deal a heavy blow to South Korea’s semiconductor industry. Tokyo went as far as to remove South Korea from its white list of trusted trading partners. As a result, Japanese manufacturers of 1,120 strategic items were required to apply for an individual license to export them to South Korea, a process that would take much longer.

In response, the South Korean government announced that it would choose 100 items most impacted by Japan’s export regulations and seek ways to supply them locally within five years. On October 11th last year, a presidential committee was launched to promote the independence of the South Korean parts, materials and equipment industries. All these measures, of course, were aimed at lowering reliance on Japan.

According to the Ministry of Trade, Industry and Energy, South Korea had a trade deficit of 15.1 billion US dollars in parts and materials with Japan in 2018 and 76.2 billion dollars between 2014 and 2018. The deficit in these particular areas makes up two-thirds of South Korea’s total trade deficits with Japan. The deficit is especially large for imports of Japanese electronics components and chemical products.

South Korea’s chronic trade deficit with Japan results from its industrial structure of importing materials, parts and equipment from Japan to process and assemble them. It is generally believed that South Korea lags behind Japan and Germany in core technologies related to those industries and that it will be more efficient for South Korea to import them, considering that it costs time and effort to develop them itself.

However, the trade friction with Japan last year has induced the three industries in South Korea to wean themselves off their dependence on Japanese imports. South Korean firms have since diversified import sources, while local manufacturers have successfully produced some items that were previously imported from Japan.

Last year, South Korea’s trade deficit with Japan actually fell to its lowest point in 16 years. Against the backdrop, expectations are running high for the law that will go into effect this week.

The government stresses that the law will provide legal and institutional foundations for the development of materials, parts and equipment industries, which has now emerged as a national task. So far, small manufacturers in the industries have found it difficult to expand their business despite their world-class technology. They hope the law will help improve this market environment, where companies are rated based on their sales figures, not technology. Under the law, small but competitive companies are expected to receive extensive support.

Once the law takes effect, small firms in the three industries, companies that only depend on domestic demand because of their exclusive deals with large companies and those who have few overseas patents might be able to strengthen their fundamentals overall. That is, a misfortune could turn into a blessing. For that purpose, the government should carry out its policy in a consistent manner.

This is only the beginning, not the end. Separate from the law, the government will announce a roadmap for strengthening competitiveness in the three industries within this year. The roadmap is expected to contain mid-and long-term plans to achieve technological independence and secure stable supplies. The government will also actively seek ways to build a global network to encourage competitive local firms to explore overseas markets. South Korea has already made strenuous efforts to increase its exports and stay ahead in the future market, while reducing dependence on particular countries for trade.

For international cooperation in the materials, parts and equipment industries, South Korea will push for joint research and development with the U.S., Israel and Russia.

It will build a cooperative network with its partners overseas to share technology and information, carry out personnel exchanges, launch joint projects and encourage South Korean firms to conduct business in those countries. The special law will certainly pave the way for all of these initiatives and quicken the process of South Korea’s technological independence.

Many were concerned over the bitter economic feud between South Korea and Japan. But South Korea is using this as an opportunity to heighten the level of its technology further. South Korea and Japan may or may not settle the conflict. Regardless of the result, South Korea should implement the support measures for the three key industries as an important state strategy.