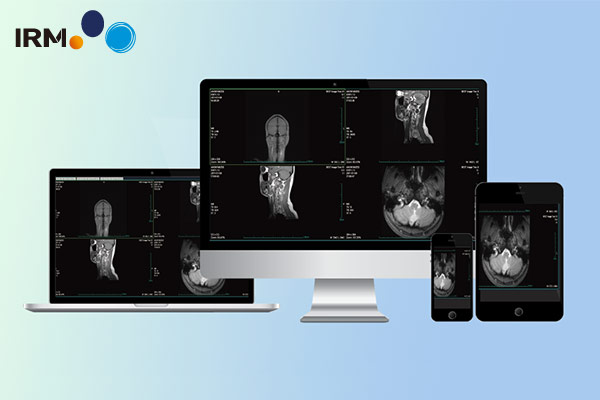 Today, we’ll introduce you to IRM, a provider of medical IT solutions. Let’s hear from company CEO Choi Seung-wook.

IRM is short for Idea to Reality in Medicine. The company name contains our hope of realizing new ideas in the medical area in a useful way. The name is also associated with my personal experience in the field of IT, robotics and medicine. I studied semiconductors in my master’s program. At the time, my academic adviser was Choi Ki-young, the current minister of Science and ICT. I had no intention of going on for a doctorate, so I entered a company named MEDISON as an alternative to serving in the military. What I did at the company has become my lifelong work.

Choi is a specialist in engineering and medicine. He received his master’s degree in electronic engineering and his doctoral degree in medicine from Seoul National University. He entered MEDISON, a medical equipment venture that developed an ultrasound diagnostic device in the 1980s, when most South Koreans were unfamiliar with the term “venture firm.” While working at the company, he developed an interest in medical science. As the co-founder of a firm that was spun off from MEDISON, he contributed to upgrading Korea’s Picture Archiving and Communication System to the world level. He also served as the co-president of a dental X-ray system provider named Ray, a company that Samsung Electronics acquired right after it started the medical equipment business. There, he developed dental CT, a high-precision dental appliance. In addition, he worked on the development of a robot for laparoscopic surgery using South Korean technology. After setting up IRM, he began to use his extensive experiences.

I thought it would be great to use my technology and ability to help many more people benefit from medical care. So, I turned my eyes to developing countries. In general, medical products are expensive and they are provided to large hospitals. Many people in Southeast Asia and Africa can’t receive medical treatment or healthcare benefits properly. I believed that medical solutions, if used at an appropriate level, would benefit many patients more efficiently and economically.

IRM paid attention to developing nations, where many patients couldn’t afford to use costly medical equipment due to inadequate medical infrastructure. Choi dreamed of medical services that could be easily used by everyone. As he was ready to fulfill his dream at his own company, he developed a healthcare solution named “m-Teresa.” 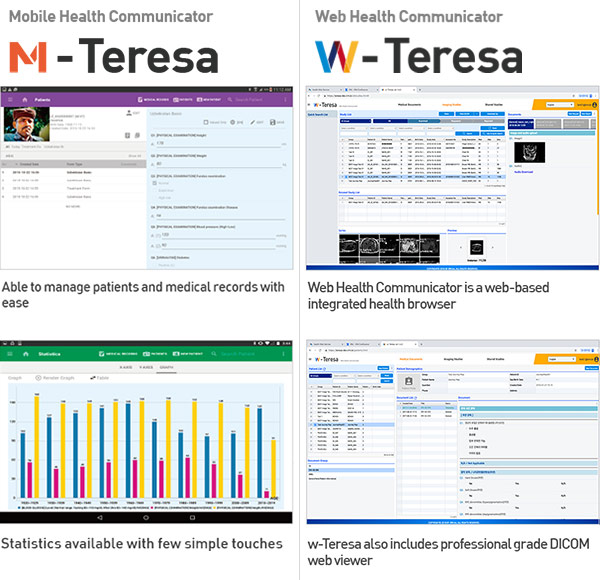 Our solution, m-Teresa, is tailored to remote or deprived areas in developing countries, where the electricity supply is cut off too often and the internet network is not established. In the regions, our solution collects data using smart pads or tablet PCs and sends the data to medical doctors in urban cities. The doctors then analyze the data and make diagnoses, which are delivered to patients in the local regions. The solution supports 13 different languages, including those used in Cambodia and Laos, because English is rarely used in backward parts of developing nations. So this tool is optimized for local environments.

In deprived areas of developing countries, local residents have to travel very far to reach a hospital. They can’t even know how sick they truly are and whether they will recover after some treatment, because they can’t communicate with doctors properly.

M-Teresa is designed to resolve this inconvenience. By using a smart pad, photos can be taken of the injured part of the patient’s body and the patient’s voice is also recorded. The collected health data is delivered to a doctor in a city for medical collaboration. M-Teresa uses battery-powered smart pads so they can be used in regions where there is no electricity. It also offers localized services by supporting many different languages used in developing countries. IRM focused on interconnectivity, in particular.

This platform strictly conforms to healthcare-related standards, so that it can be integrated with other systems quickly and stably. This is our great strength. It is very complicated to connect two different systems if they do not follow the standards. Very few healthcare systems can run by themselves. Most systems need to be connected with existing ones for proper operation. So, interoperability is crucial element. We boast world-class interconnectivity, and we have no major problems in connecting with medical systems in any country.

Developing nations use their own respective medical appliances, including aid products from various countries and devices that have been in use for a long time, not being replaced with new ones. Given the mixture of different types of medical equipment, inter-connectivity is highly important. Medical information should be exchanged correctly, regardless of the type of equipment, so doctors can assess the patients’ conditions precisely and treat them properly.

IRM complied with international medical standards such as IHE and HL7, although it was not obligatory. It was far from easy to develop products that conformed to international standards. But the company believed that the honest way would be the quickest way. It participated in international events every year to test interoperability of different systems. Now, the company cuts a conspicuous figure in the health information exchange project.

Our main business involves health information exchange. Formerly, there were limitations in sharing information on medical treatments between hospitals in South Korea. When a patient wanted to move from Clinic A to Clinic B, he or she had to duplicate a CD with medical images on it and print out relevant documents at Clinic A and bring them to Clinic B. But in 2017, the Ministry of Health and Welfare began to digitalize the work. Under the new system of health information exchange, patients don’t need to bring CDs or paper. Rather, health information is managed in the cloud and transmitted to another hospital right away. In the digitalization project, we’re working on the image part. This year, the government seeks to enable more than 4,000 local hospitals and clinics to share data based on international standards. I’m sure my company is the number one in the country, in terms of image-related technology needed for smart interconnectivity between hospitals.

IRM has worked hard to develop technology optimized for the health environment of developing countries. Here in South Korea, the company’s efforts are laying the groundwork for the health information exchange system.

The company has also been developing an E-health solution for older people in Europe for the last two years, in cooperation with 13 teams in five European countries.

IRM started its business with good intentions that it would help everyone use healthcare services conveniently. Indeed, it is contributing to improving the medical environment of the global community.