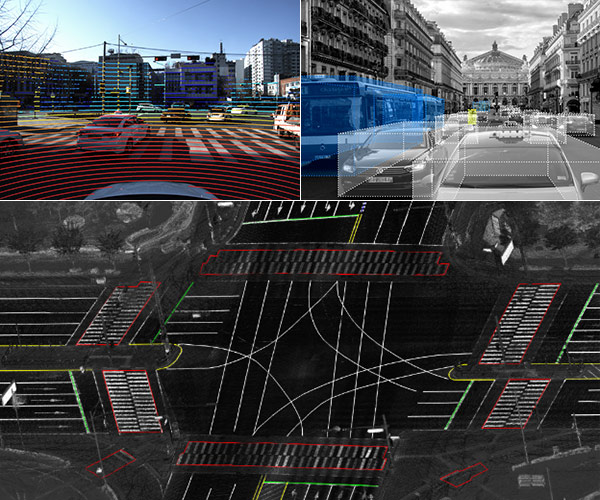 In line with the fast-growing autonomous vehicle market, the market for three-dimensional or 3D precision maps is also developing. Today, we’ll introduce you to MobilTech, a startup dedicated to the development of 3D maps for self-driving cars. Let’s hear from company CEO Kim Jae-seung.

MobilTech means “an overlay of technology on mobility.” The company was established in the spring of 2017 by researchers at Yonsei University Graduate School and the help of some others. It was built to drive innovation by letting new mobility platforms use existing spatial information. Currently, the AI-based spatial information service startup provides high-precision digital twin and HD map data to leading providers of autonomous driving technology in South Korea and Silicon Valley. In addition, the firm also offers precise localization technology that enables self-driving cars or robots to locate exact positions and move safely even without GPS information. With some further advancement to our tech, it could also be applied to delivery robots.

MobilTech was founded by researchers with master’s or doctoral degrees, who specialize in 3D map production, 3D spatial information use or image processing.

In the autonomous driving era, it’s said that a map is no longer just a map but an integral part of the car’s brain. But in South Korea, only a handful of companies provide high-precision spatial information needed for autonomous driving. Kim paid attention to this reality and set up his own company with the desire to create an innovative mapping service.

So far, maps have been developed for humans. But in the fourth industrial revolution era, self-driving cars and robots will also need maps because they have to figure out their surroundings while moving around. To create a new map service to be used by those mobility platforms, we turned our eyes to 3D maps that would show the surrounding environments more precisely than 2D ones. Amid the coronavirus pandemic, in particular, there is a growing demand for “non-face-to-face” or “untact” services. With this situation in mind, we decided to provide 3D spatial information services for “untact” businesses, including unmanned delivery robots.

MobilTech has built a reputation in the industry with its high-precision 3D mapping technology using LiDAR sensors. LiDAR stands for light imaging detection and ranging. It is often described as the eye of high-tech equipment such as autonomous vehicles, industrial robots and automation facilities. This tech will lead the fourth industrial revolution. When a self-driving car runs on its own, its computer should always recognize its surroundings accurately. Using lasers, LiDAR sensors help figure out the surroundings quickly, even in bad weather, and create a 3D map that is understood by the computer.

As far as LiDAR sensors are concerned, we believe we’re the best in South Korea. Using this tech, we develop hardware needed for autonomous driving. We use AI to process the data collected in the hardware and analyze the surroundings. This is where our strength lies, in this kind of tech. As cities are evolving every day, old data may not ensure the safe operation of robots or self-driving cars. We wanted to improve this. For self-driving vehicles equipped with our hardware or using our service, we can collect sensor data, detect changes in the environment and automatically update the data. People will use our precise 3D maps featuring technology, updated in real-time, in a safe and convenient way.

MobilTech’s “Replica Series” is the result of the company’s R&D efforts and dedication. The 3D scanner products collect 3D map data using LiDAR sensors and cameras and process the collected data through deep learning. They also provide positioning information, which is one of the essential parts of autonomous driving. According to the company, the products can estimate where vehicles are with an error of only 10 to 15 centimeters.

In recognition of its cutting-edge technology, MobileTech has secured investment from some of the major companies in Korea, such as Hyundai Motor Group and Naver. Last year, it was selected as one of the startups representing the Korean autonomous driving industry and joined President Moon Jae-in’s three-day visit to Finland. 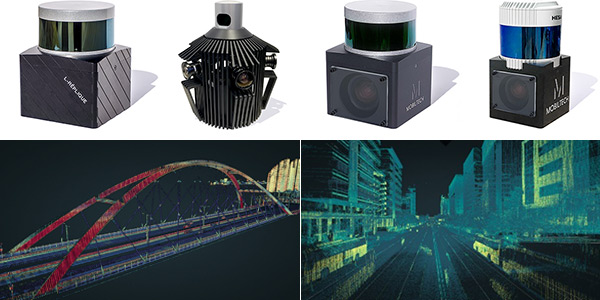 Last year, our company was selected for the Tech Incubator Program for Startups, called TIPS, run by the Ministry of SMEs and Startups. We also became a member of the “Autonomous Cooperative Driving Industry Development Council” under the Ministry of Land, Infrastructure and Transport.

As a result, we were able to voice our opinion and contribute to technological development through a government agency.

In June last year, we joined the delegation of startups accompanying President Moon on his visit to Finland. At the time, we had a great opportunity to demonstrate our high-precision spatial information service in front of the two leaders of South Korea and Finland. They were amazed by our presentation. Moon said that the service should be commercialized quickly so it could be used for self-driving vehicles.

While 3D maps are mostly used for autonomous vehicles, MobilTech says that its technology doesn’t necessarily have to be restricted to a particular area. It could be applied to the real estate industry, smart city management plans, games, the military area or virtual reality content. The company aims to build a big data map platform that can be used in a wide range of industries.

Our vision is to bring innovation to industries across the board through spatial information. We hope to create a new platform, in which virtual environments are digitalized. It’s not just for self-driving cars. Using the platform, it will be possible to control autonomous driving and check road conditions. With the digitalized data, users can find damaged roads and decide whether to repair them, without having to actually visit the sites. We aim to build a big data map platform capable of supporting new businesses related to the fourth industrial revolution and location-based services as well as existing industries.

MobilTech is preparing for a bigger future to become the best in the field of autonomous driving environment recognition. It will surely move forward beyond its domestic business and grow into a global tech startup.