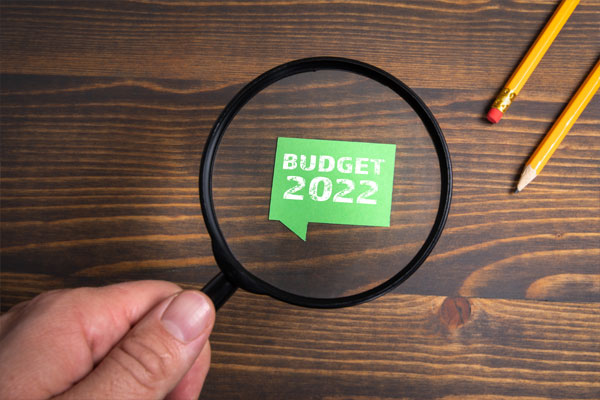 The Korean government has proposed a record-high budget of 604.4 trillion won or about 519 billion US dollars for next year, up 8.3 percent from this year’s. The government expects that the Korean economy will grow over 4 percent this year and will quickly recover in 2022 as well. Despite the positive forecast, it explains that the super-large budget has the purpose of narrowing social and economic polarization caused by the COVID-19 pandemic and preparing for next-generation growth engines.

On a disturbing note, however, the government has continued with its rapid fiscal expansion in recent years, leading to mounting national debt. With the country’s working-age population declining, there are growing concerns about budget deficits and fiscal soundness. Here is Kim Gwang-seok at the Institute for Korean Economy and Industry to examine the 2022 budget plan in more detail.

Hit hard by the pandemic in 2020, Korea has focused on overcoming the crisis in 2021. And in 2022, the local economy will go through the process of returning to normal and the government will concentrate on reducing polarization. For that purpose, it is important to expand support for socially vulnerable groups. This concern is reflected in the government’s budget draft for next year. Expenditures on health, welfare and employment will amount to nearly 217 trillion won or 187 billion US dollars, accounting for as much as 35.7 percent of the entire budget.

Vulnerable classes continue to bear the brunt of the pandemic, which is showing no signs of abating. That explains why the budget for welfare and employment has surpassed 200 trillion won for the first time.

To be more specific, 72 billion dollars will be spent on tackling widening income gaps. 26 billion dollars will be earmarked to create 2.11 million jobs, while a Korean version of sickness allowance will start on a trial basis. The system allows workers to receive 60 percent of their minimum wage if they are unable to work due to illness or injury. The government will also provide 3.3 billion dollars in financial support to small businesses suffering from difficulties worsened by the pandemic. When it comes to anti-virus measures, it will spend 5 billion dollars on vaccine purchases, the inoculation campaign and the local development of treatments.

The budget for the so-called Digital New Deal 2.0 for next year increased 35.7 percent from this year’s. The budget will be invested in promoting an innovative data, AI and 5G ecosystem and in building infrastructure to enhance Korea’s cyber security capabilities to respond effectively to growing digital threats.

Korea has sought to produce materials, parts and equipment on its own since 2020, and the government will spend a considerable amount of budget on these sectors. As for the Korean New Deal projects, the Green New Deal is another crucial part, other than the Digital New Deal. As Korea has declared the 2050 carbon neutrality goal, the government has set aside a large budget for the green energy initiative. Also, by securing a massive education budget, it will help children from vulnerable groups grow well.

Korea’s national debt has reached the highest level. Notably, it has grown at a steep pace since 2020, with the proportion of the national debt to GDP expected to rise to above 50 percent for the first time in history. It seems the government is refusing to put a brake on its fiscal expansion, resulting in snowballing national debt. This seems inevitable, given the critical situation now. But what if Korea faces yet another, unexpected crisis in 2022? It’s necessary to prepare for measures to respond to any crisis.

If the 2022 budget is executed as proposed, Korea’s national debt will surge to 1,068 trillion won, which is roughly 923 billion dollars, next year, or 50.2 percent of its GDP. Korea has never seen such a large amount of debt and such a high debt-to-GDP ratio before. An alarm bell is ringing loudly for the country’s fiscal soundness.

To put it differently, each Korean citizen will be saddled with debt worth over 20 million won or more than 17-thousand dollars—also the highest level.

The government explains that a bigger budget will create a virtuous circle of ample liquidity, a rapid economic recovery with more taxes collected, and eventually reduce the deficit. It is true that the government has collected more taxes than expected this year. But that was not because of economic recovery from fiscal injections but because of the overheated asset market such as real estate and stocks.

Amid growing concerns over deteriorating fiscal conditions, the government says it will continue with its expansionary fiscal policy only until next year and cap budget growth at 5 percent starting 2023. But it is questionable if the plan is actually implemented.

The government’s term will end in the first half of next year, so it is highly doubtful that its fiscal management scheme will go as planned in 2023 and 2024. To promote a virtuous economic circle, it is necessary to inject budget into industries and R&D more actively. The government also needs to concentrate its budget execution on vulnerable classes and some industries struggling with the economic fallout from the pandemic.

A sharp rise in national debt is a serious problem, as it affects the nation’s sovereign credit rating and poses a significant burden on citizens. Still, it is not proper to simply criticize the super budget, which seems to be inevitable in the pandemic era. Rather, it is necessary to engage in productive discussions about how to maximize the effect of the budget proposal down the road.