King Ogu longed for a boy, but Queen Gildae gave birth to six girls. A few years later she had another baby, but it wasn’t a prince that the king had wanted. 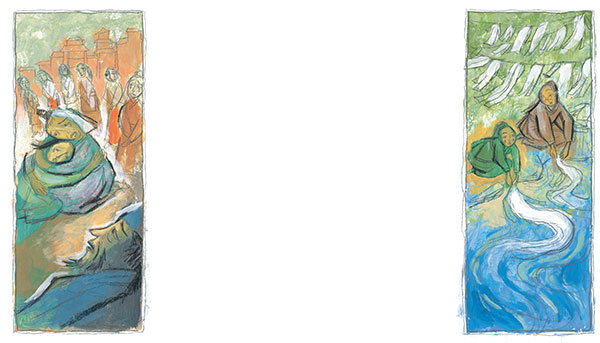 The King flew into a rage, saying that he didn’t need any more daughters.

“Her name is Baridegi, which means the abandoned one. Get rid of her right now.”

Hearing of the king’s fury and his terrifying command, the queen had a master craftsman build a jade box and laid Baridegi into the box.

“Float this box on the river.” 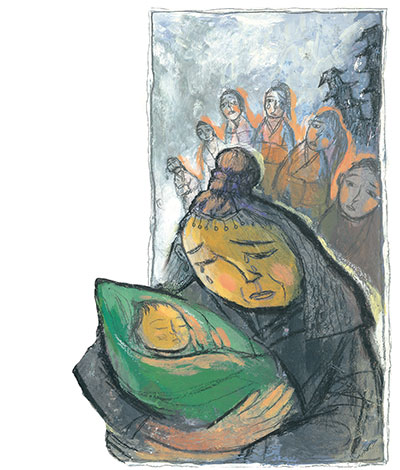 Though the old couple was poor, they raised her with all the love and attention they could muster. Years went by and Bari became a smart and lovely 15-year-old girl.

Meanwhile, the king and the queen both got very sick. They couldn’t find any medicine that could cure them nor could they figure out what caused them to become so sick. An official told them about what he heard from an old Buddhist monk. The monk claimed the sickness was heaven’s punishment for abandoning their youngest daughter. The royal couple decided to search for Princess Bari and ask for forgiveness.

“Father, Mother, I will go to the underworld and bring back the spring water.” 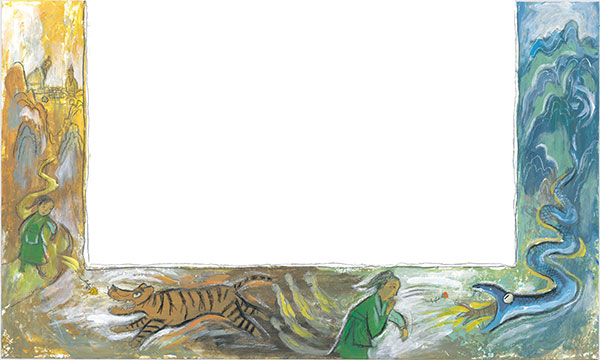 Princess Bari left the palace, but she had no idea where to go. After a while, she saw a flock of magpies flapping their wings as if beckoning to Bari to follow them.

And follow the magpies she did, though the path was far from easy.

Bari went up and down twelve hills, sailed across a roaring river on a tiny boat, and crossed an incredible rainbow bridge before arriving at the entrance of the underworld.

But then, an immense, powerful-looking giant of a man showed up in front of her. He was the gatekeeper of the underworld.

“I’ll tell you what. Chop firewood, keep the fire going and fetch water from the well…for the next three years. Only then will I give you the spring water.”

Three years passed, and the gatekeeper, now her husband, took her to the spring and gave her a bottle of spring water. He also gave her a pouch with three kinds of herbs. 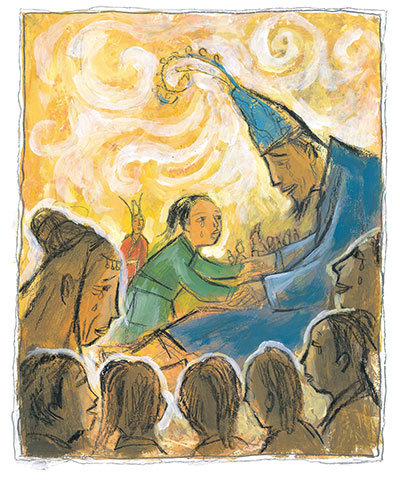 Princess Bari returned to the palace with her husband and child. Sadly, King Ogu and Queen Gildae had passed away a while ago.

Princess Bari quickly poured the spring water from the underworld into their mouths and rubbed their bodies with the three herbs given to her by her husband. Incredibly, air slowly filled their lungs as they began to breathe again while color returned to their skin and life filled their eyes.

“We abandoned you, but you ended up saving our lives.”

“It’s what any daughter would have done.”

Bari left the palace, and she, along with her husband and child, brought in the old couple who had raised her. They all lived together for many more years to come.