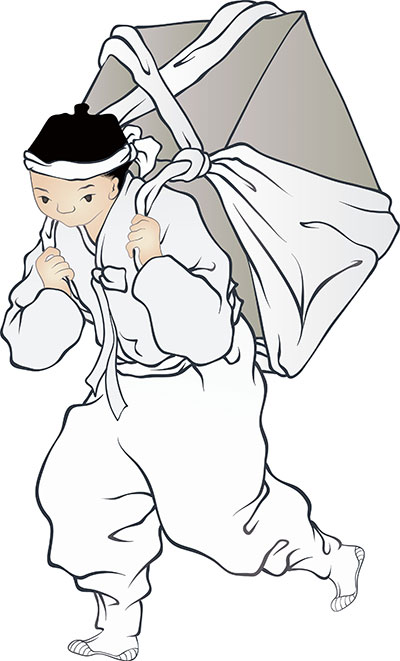 A long, long time ago in a small village, there lived two siblings. The siblings were poor, but they cared for each other deeply.

One day, the brother went to the market to buy his sister some rice cake. When the boy was passing by the village entrance, he met a dokkaebi.

“Ho there, boy! Where are you off to in such a hurry?”

“I was on my way to the market to buy some rice cake for my sister.”

“Can you buy me some buckwheat jelly from the market, my friend?”

“Here is the buckwheat jelly that you’ve been waiting for.”

Some months passed since the two parted ways. 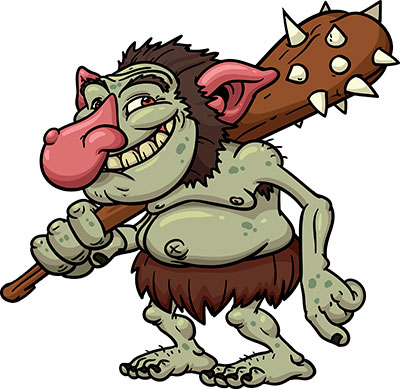 Since so much time had passed, they hugged each other and jumped around in circles.

“Do you have any money to spare? I need to buy something. I’ll pay you back soon, I promise.”

The boy thought for a long time before handing the coins to the goblin.

“Thank you. I’ll pay you back at your house tomorrow.”

“Here is the money I owe you.”

But the dokkaebi came back the next day to pay back the money again. He kept coming back every evening with three coins, saying that he borrowed the coins the previous day.

What a silly, forgetful goblin indeed. It habitually forgot what he had done for others, which was why he kept returning what he thought he owed.

Thanks to the forgetful dokkaebi, the siblings began to live a more comfortable life.

One evening, when the dokkaebi showed up again, the brother invited him to dinner. The hungry goblin enjoyed the buckwheat jelly very much, gobbling down an entire pot.

Now, the dokkaebi kept returning every day with money and a new pot. The enchanted pot filled up with deliciously cooked rice. The brother and sister then came up with an idea and gave out the magic pots to their neighbors. With that, the village never went hungry again.

One day, the brother was on his way to the market when he ran across the goblin.

“Hi there, friend. Where are you going in such a hurry?”

“I’m actually on my way to get punished by the king of the goblins. The king says I’ve been too wasteful with the magical items of the Dokkaebi Kingdom. I’ll be back soon to pay you back the money, and give you the pot and the club as promised.”

The siblings waited for their friend every night. A year passed, but the dokkaebi friend was nowhere to be seen.

“I don’t need his money or pots or clubs. I just want to see him again.”

The brother and sister truly missed the kind-hearted goblin, and not what he brought as gifts.

Let’s hope that someday, the silly, forgetful goblin will visit again to spend time with his friends.