The Red Bean Porridge Granny and the Tiger 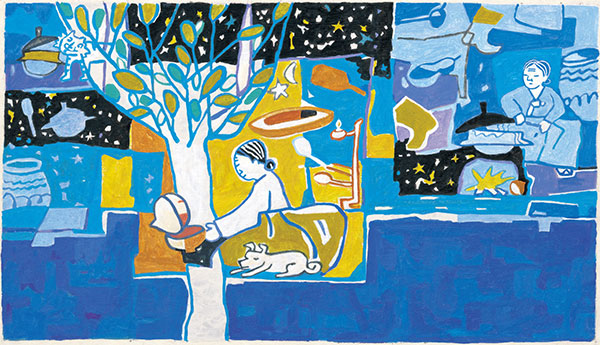 Once upon a time, deep in the mountain, there lived an old lady.

Her favorite food was Patjuk, or red bean porridge.

As much as she enjoyed patjuk, she was also great at making it. 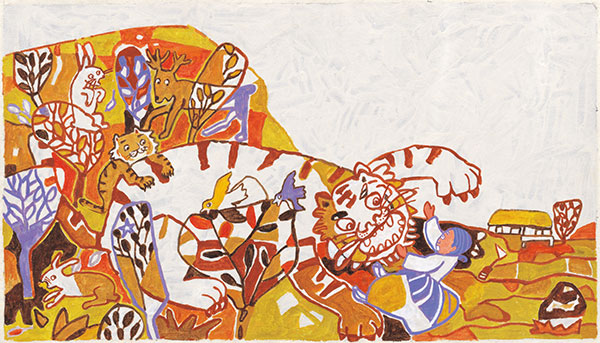 Just when she was about to go to work at her red bean field, a tiger the size of a small house appeared before her.

“Hm…good thing I ran into you. I was famished, but now I have you to feed on.”

She was scared out of her wits but mustered up enough courage to talk to the tiger.

“You must be the only one who hasn’t tried my world-famous porridge yet. Once these red beans are harvested, I’ll make you some of my special red bean porridge.”

The tiger promised to visit the old lady’s house on Dongji, the winter solstice, before heading back into the mountain. 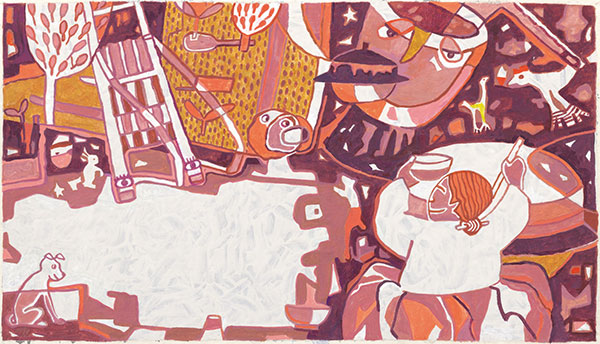 The morning of the winter solstice arrived at last. The smell of her delicious red bean porridge started to fill her house.

Chestnut came to the old lady’s house to taste the porridge, followed by Awl, Straw Mat, Pestle and Jige.

“Help yourselves. This will be the last red bean porridge I make.”

She told them about the predicament she was in with the tiger.

“That awful tiger. What are you going to do?” 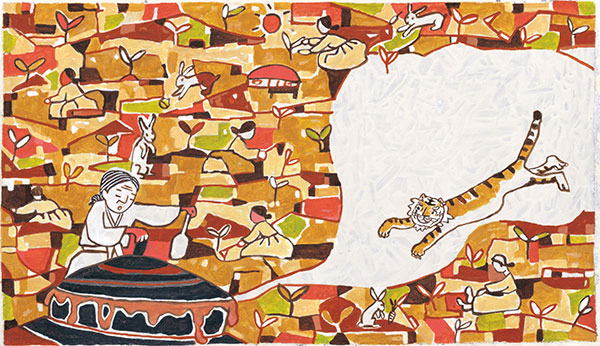 ⓒ YEOWON MEDIA HANKOOK GARDNER CO. LTD Meanwhile, the tiger woke up from his nap and smelled something absolutely delightful. 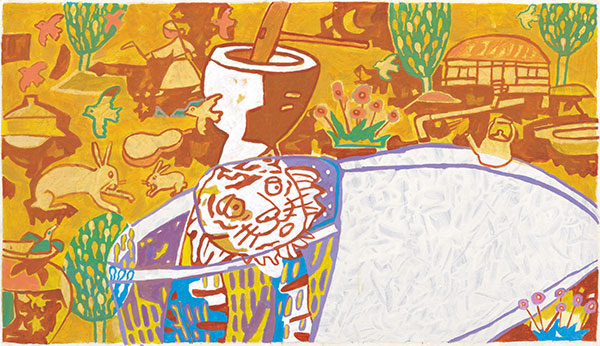 Just as the tiger leaned forward to lift the heavy cast iron lid, Chestnut sprung out from the stove and walloped the tiger square in its big nose.

Before the tiger could even figure out what hit him, Awl burst out of the kitchen corner and booted the beast right in the tush.

Next, Pestle ran out from behind the kitchen door and started pummelling the tiger mercilessly. 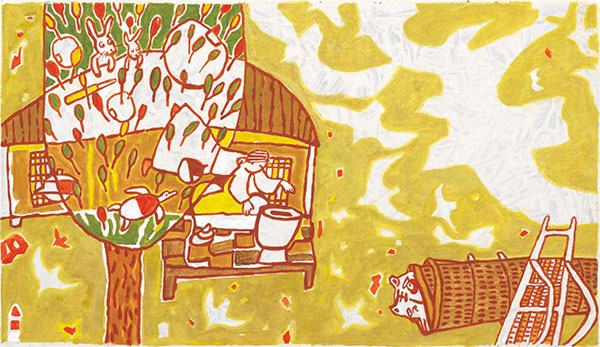 “Granny, you don’t have to fear for your life anymore. The tiger is gone for good..”

“Thank you, little ones. You saved my life.”

She teared up as she looked at her five young friends.

After that day, the old woman continued to farm red beans and make red bean porridge on every Dongji day to share with her friends.