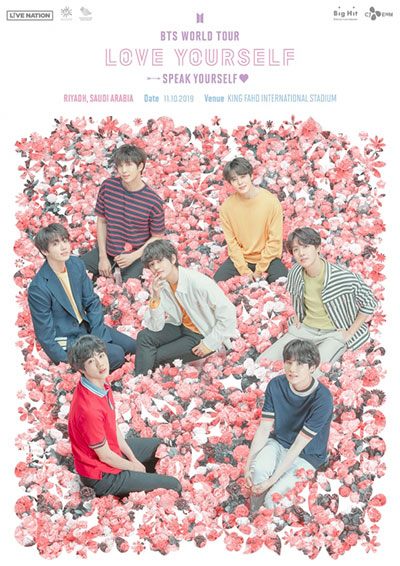 BTS will hold an unprecedented solo concert in Saudi Arabia later this year.

If the concert comes to fruition, the group will become the first non-Saudi Arabian artists to perform at a stadium in the country.

The Saudi Arabian concert is part of the group’s ongoing “Love Yourself: Speak Yourself” world tour which successfully wrapped up its Japanese leg over the weekend.

The concert in Saudi Arabia is set for October 11 at King Fahd International Stadium in Riyadh, the capital city.