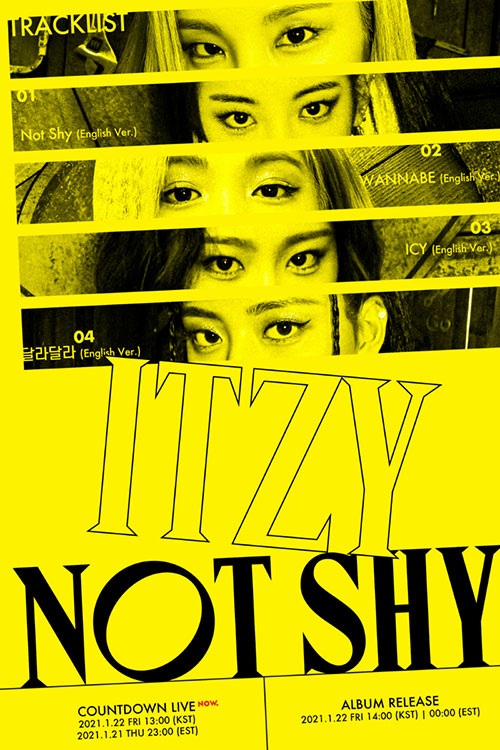 ITZY is poised to enter the global market by releasing its first English-language album this month.

The album, titled “Not Shy,” will drop on Jan. 22 and will carry English versions of the group’s hit songs “Not Shy,” “Wannabe,” “Icy” and “Dalla Dalla.”

ITZY debuted in February 2019 and became an instant hit. “Not Shy,” from the group’s third EP was recently selected as one of the best K-pop tracks by US magazine TIME.