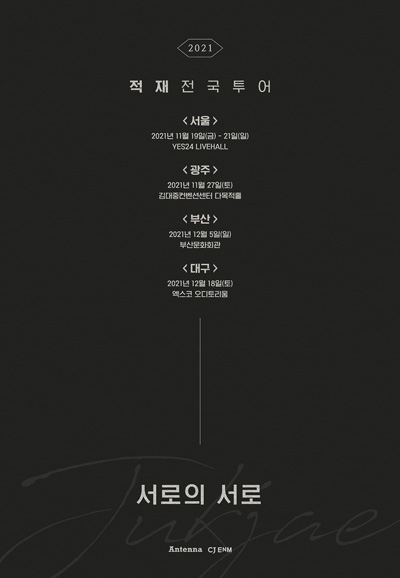 Singer-songwriter Jukjae will go on a concert tour across Korea for the first time since his debut in 2014.

The tour, titled “Us, Together,” will begin in Seoul on Nov. 19 and visit other major Korean cities such as Gwangju, Busan and Daegu.

According to his agency Antenna, Jukjae will begin the tour titled "Us, Together" (translated) in Seoul on Nov. 19, before heading to Gwangju, Busan and Daegu through mid-December.

Jukjae rose to fame as a guitarist in 2019 making an appearance on the 3rd season of the cable series “Begin Again.” His hit songs include “Let’s Go See the Stars” and “Do You Want to Walk With Me.”