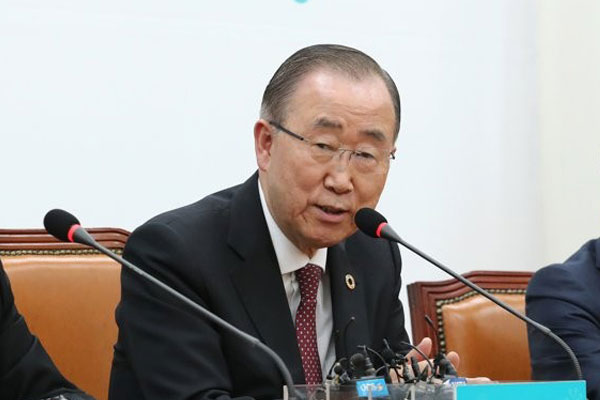 At a launch ceremony for the National Council on Climate and Air Quality on Monday, the agency's inaugural chief, former United Nations Secretary-General Ban Ki-moon, said he will fully dedicate himself to tackling fine dust pollution.

Ban stressed working with neighboring countries such as China, which is believed to be the source of a large portion of fine dust over the peninsula.

The new council will seek fundamental measures against air pollution and come up with recommendations for government policy.