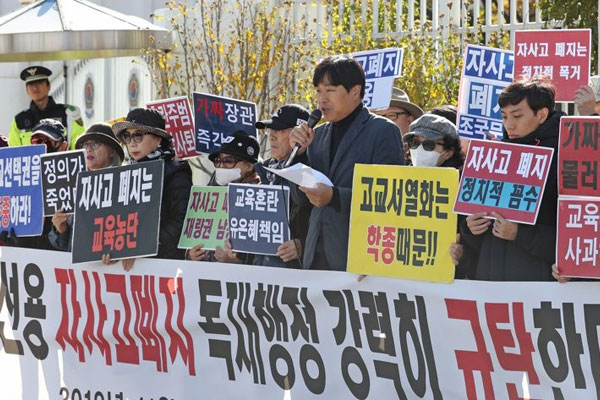 The goal is to level the playing field for students in South Korea's highly competitive college admissions environment.

The change means that prestigious autonomous private high schools, foreign-language high schools and international high schools cannot recruit students outside of their districts through rigorous selection processes. A total of around 80 such schools around the country.

Elite high schools have been criticized by some for admitting too many students from privileged economic and social backgrounds, further boosting the competitiveness of the children of the wealthy and powerful in college admissions.

The decision comes in the wake of social outrage over issues surrounding former Justice Minister Cho Kuk and his family, including undue advantages his daughter allegedly enjoyed in her college early-admissions applications.

Amid the controversy, President Moon Jae-in in September instructed officials to find ways to overhaul the admissions process at universities nationwide and pledged to pursue educational reform during his parliamentary speech of the following month.