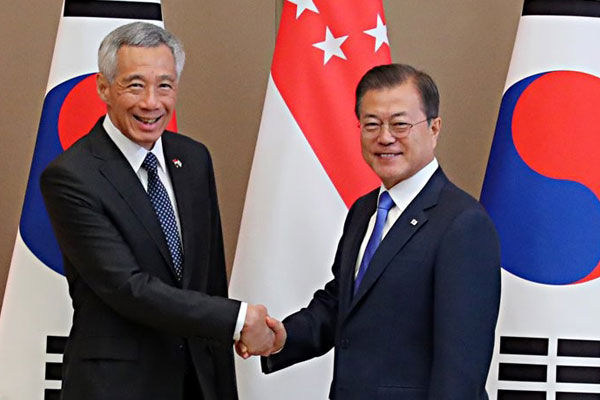 The South Korea-Singapore summit was the first of ten bilateral talks between Moon and leaders of Southeast Asian nations on the sidelines of the two-day ASEAN-South Korea commemorative summit.

South Korea plans to adopt a joint statement on and prosperity with the ASEAN block during their gathering in the southern port city of Busan beginning on Monday.

The presidential office said that through the joint declaration, Seoul hopes to upgrade its partnership with ASEAN to the level of its relationships with the U.S., China, Japan and Russia.

After the ASEAN-event, South Korea will zoom in on boosting ties with the "Mekong Five" nations, including Cambodia, Laos, Myanmar, Thailand and Vietnam, at the inaugural Mekong-South Korea summit on Wednesday.