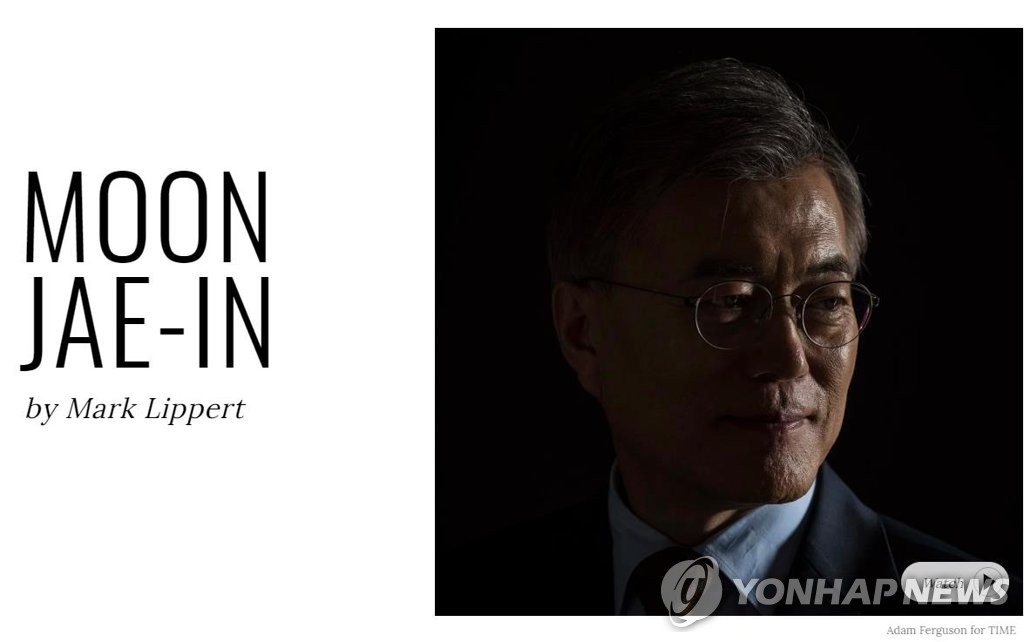 President Moon Jae-in has been named on Time magazine’s list of the top 100 most influential people in the world.

The 2018 list was published Thursday, chronicling the world’s “most influential pioneers, leaders, titans, artists and icons.”

Moon’s profile was written by former U.S. Ambassador to South Korea Mark Lippert, who cited Moon’s dramatic moves with regard to hosting North Korean leader Kim Jong-un’s sister at the PyeongChang Winter Olympics, agreeing to an inter-Korean summit and brokering what could be the first-ever U.S.-North Korea summit.