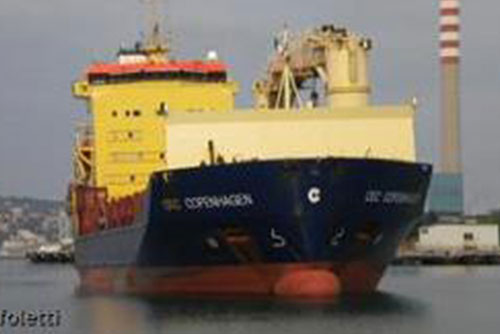 The South Korean government plans to look into whether a U.S.-blacklisted Russian vessel docked at a local port has violated any UN resolutions on North Korea.

An official of Seoul’s Foreign Ministry revealed the plan, saying the sanctioned vessel is suspected of being involved in ship-to-ship oil transfers with North Korea, which is banned under UN Security Council resolutions on the North.

The cargo vessel, the Sevastopol, has been at the Busan port since last week, allegedly for maintenance-related purposes.

It is owned by a Russian shipping company recently put on a U.S. blacklist with regard to Washington’s sanctions against the North. Whether the ship was implicated in any violation of UN sanctions is yet to be known.

The ministry official explained that if the Russian ship is found to have breached sanctions, the government will take respective measures as stipulated under UNSC resolutions, including detaining it.
Share
Print
List