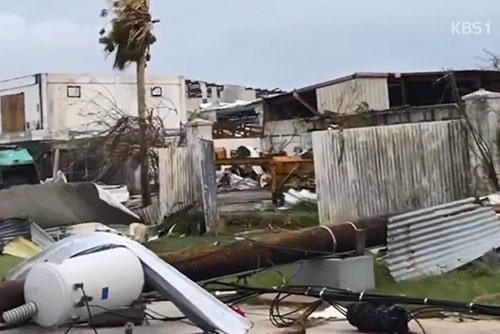 About one thousand South Korean tourists are believed to be grounded in Saipan as Super Typhoon Yutu slammed U.S. islands in the Western Pacific.

A Foreign Ministry official in Seoul said on Friday that due to the typhoon, Saipan International Airport has been closed since Wednesday.

The official said that the ministry has received no reports of injuries, deaths or missing persons among Korean nationals, adding it is monitoring the situation while keeping in constant contact with the association of Koreans in the region.

Asiana Airlines suspended its flights to and from the U.S. island from Wednesday to Friday.
Share
Print
List