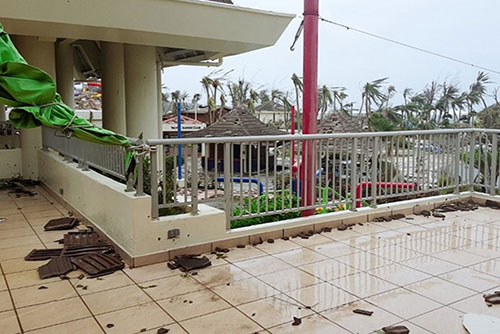 At least 17-hundred South Korean tourists are believed to be grounded in Saipan as Super Typhoon Yutu slammed U.S. islands in the Western Pacific.

The Foreign Ministry in Seoul said on Friday that due to the typhoon, Saipan International Airport will remain closed temporarily until Saturday, adding the local authorities will decide as early as Friday afternoon when the airport will resume operations.

A South Korean airline also quoted its local branch as saying that Saipan aviation authorities will make an announcement regarding airport operation on Friday afternoon.

According to the airline industry, parts of airport buildings were destroyed by the tyhoon and debris on the runway is blocking takeoffs and landings.

The foreign ministry said it has received no reports of injuries, deaths or missing persons among Korean nationals, adding it is monitoring the situation while keeping in constant contact with the association of Koreans in the region.
Share
Print
List