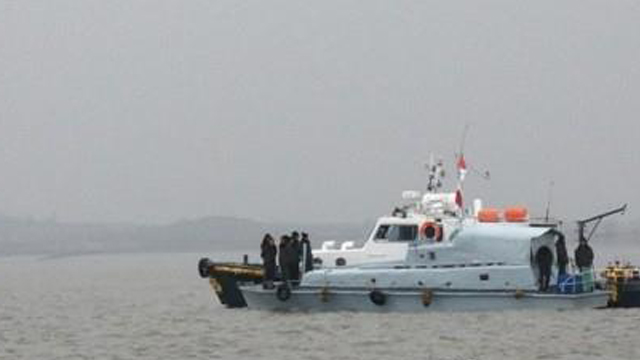 South and North Korea on Sunday completed a joint waterway inspection of the estuaries of the Han and Imjin rivers.

South Korea's Defense Ministry and the Ministry of Oceans and Fisheries said that the 35-day survey that begin on November 5, wrapped up with an on-site meeting on Sunday.

It was the first joint survey of the area in 65 years since North Korea signed an armistice with the United States and China for the Korean War.

The 20-member team conducted the survey of a total route of 660 kilometers aboard six South Korean vessels.

They reportedly measured the waterway and discovered 21 reefs that have not been registered in the current navigational map.

The Korea Hydrographic and Oceanographic Agency plans to produce a new navigational map by January 25 next year, reflecting the newly discovered reefs.

The joint survey was conducted in line with an inter-Korean military agreement signed in September to jointly use the river estuaries in the border areas and to complete a joint inspection by the end of this year.
Share
Print
List