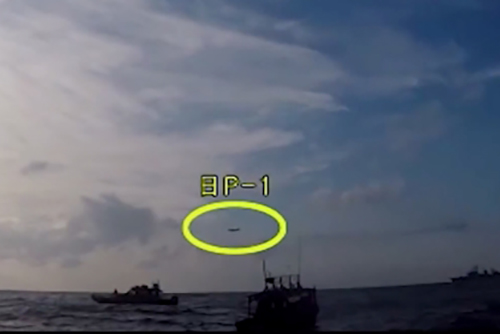 South Korea and Japan failed to narrow differences over a recent radar incident despite military talks on Monday.

Tokyo has accused a South Korean warship of locking fire-control radar on its maritime patrol aircraft on December 20th. Seoul has rejected the claim, saying its Gwanggaeto the Great naval destroyer was on a mission to rescue a North Korean ship that was drifting in the international waters of the East Sea.

Seoul's Defense Ministry said Monday that general-grade representatives from the two sides met in Singapore to clarify their country's positions on key issues of the incident to improve mutual understanding.

The talks were held at South Korea's Embassy and Japan's Embassy in Singapore and continued through 8:30 p.m., but failed to produce an agreement or a joint press statement due to differences.

According to a military source in Seoul, Japan refused to provide radio frequency data for corroborating evidence, and demanded that South Korea exchange all its information regarding the destroyer's radar system.

Seoul, however, rejected the proposal citing the asymmetry of the data subject to exchange, and proposed experts from the two sides mutually evaluate the radar data collected by Japan.
Share
Print
List