US, N. Korea to Hold Working-level Talks Next Week Ahead of Summit 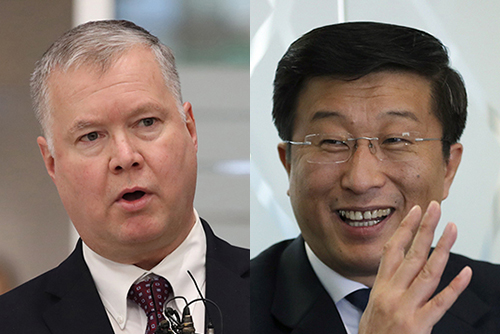 North Korea and the U.S. will hold working-level talks next week to prepare for a second summit between their leaders.

The U.S. State Department said Thursday that Special Representative for North Korea Stephen Biegun will travel to Seoul on Sunday for follow-up meetings with his North Korean counterpart, known to be the former ambassador to Spain, Kim Hyok-chol.

The department said the two sides will discuss "next steps to advance the U.S. objective of the final fully verified denuclearization of North Korea," without revealing the date or location of the talks.

It said they will also discuss ways to "make further progress on all the commitments the two leaders made in Singapore," referring to the summit between U.S. President Donald Trump and North Korean leader Kim Jong-un held in June last year.