USFK Chief: Presence of US Troops Needed Until Signing of Peace Treaty 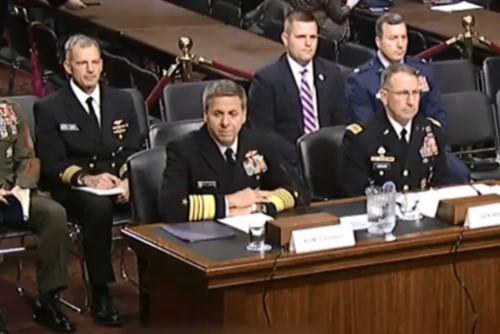 U.S. Forces Korea Commander Robert Abrams said that the U.S. needs to keep its troops on the Korean Peninsula until a peace treaty is signed by all related parties.

The commander made the remarks on Tuesday during a hearing at the U.S. Senate Armed Services Committee.

He told a senator that unless North Korea's conventional warfare capabilities are also reduced, U.S. troops should remain on the peninsula even after possible denuclearization or decrease in the North's nuclear threats.

Abrams was also questioned about a possible pullout of U.S. troops following the second U.S.-North Korea summit, but the commander said that the presence of U.S. forces provides a sufficient deterrence against North Korea as well as maintaining stability in Asia.
Share
Print
List