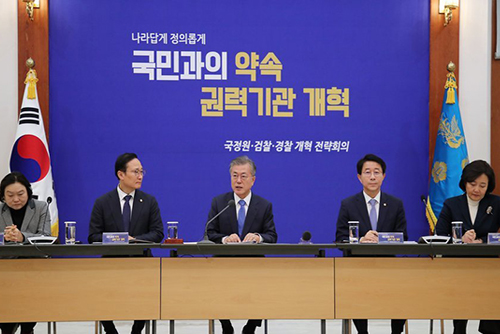 In a meeting with the heads of the police, prosecution and the National Intelligence Service(NIS) at the presidential office on Friday, Moon said that the organizations have made voluntary reform efforts since he took office, but that they were not enough to meet citizen's high expectations.

Moon said that these government agencies should commit to reforming themselves in order to become organizations that serve only the people and do their utmost to create a free and safe society.

The president stressed that reforming the three agencies is not a matter of politics or aiding the incumbent government, but a critical task aimed at properly establishing the values of a democratic nation.