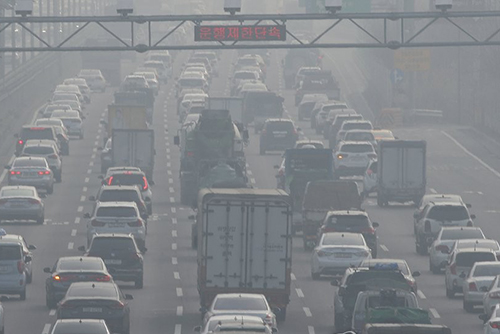 South Korea will push for the signing of a trilateral treaty with China and Japan to reduce fine dust pollution in Northeast Asia during their environment ministers' meeting in November.

The decision was made during the first meeting of a government-civilian fine dust policy deliberation committee established under special laws on fine dust reduction that took effect on Friday.

The government is working on a road map to reduce the number of diesel vehicles in the country believed to be responsible for about 22 percent of fine dust pollution in the capital area.
Share
Print
List