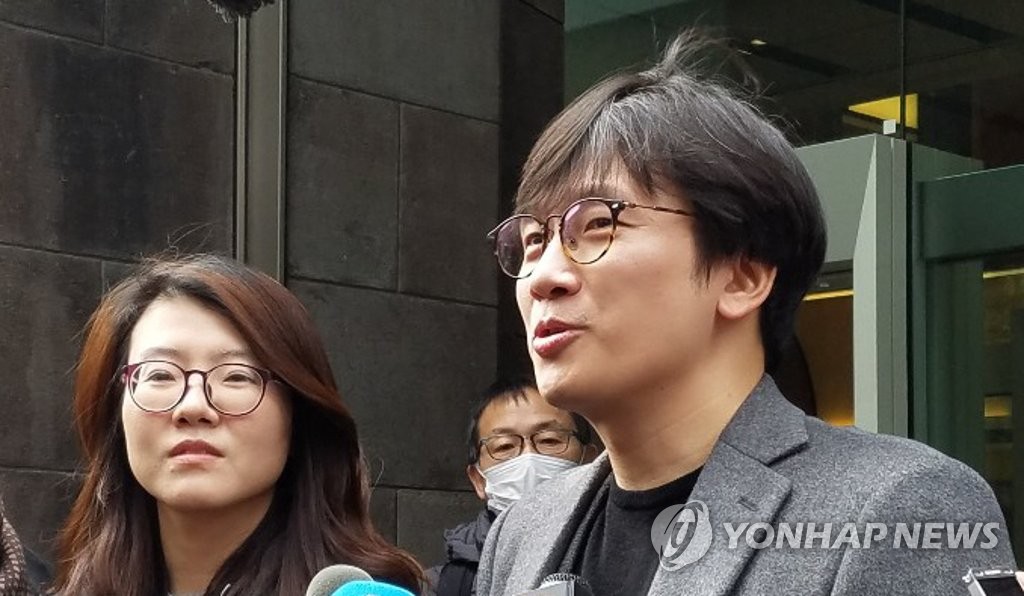 A Japanese ultranationalist group has threatened the legal representatives of South Korean victims of wartime forced labor as they visited a Japanese firm to call for talks.

On Friday, the South Korean lawyers went to the headquarters of Nippon Steel & Sumitomo Corporation in Tokyo for the third time since South Korea's Supreme Court ordered the firm to compensate four Korean victims 100 million won each.

They had informed the company of their plan to sell its assets in South Korea beginning this month, urging it to talk with the victims until the process is complete.

The company refused to meet with them, saying it has no reason to do so.

Some Japanese citizens, presumed to belong to a right-wing group, appeared at the scene, swearing and shouting threats at the South Korean group. Some of them claimed the victims willingly came to work in Japan.

The families of the South Koreans forced to work at Mitsubishi Heavy Industries also visited that firm's headquarters in Tokyo on Friday to protest its lack of response to the South Korean top court's ruling.

In a follow-up lawsuit, a court in Pohang decided last month to permit the seizure of assets from Nippon Steel & Sumitomo Corporation.
Share
Print
List