N. Korean Delegation in Hanoi to Prepare for Kim's Visit 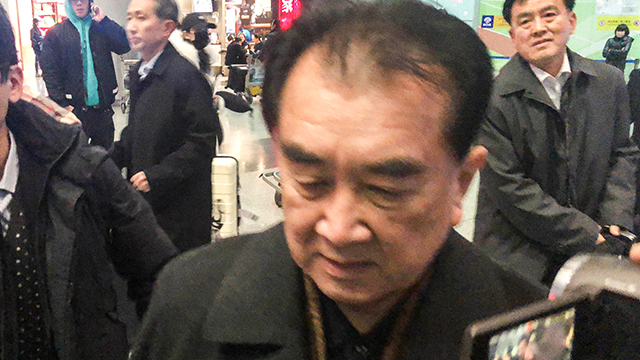 A close aide to North Korean leader Kim Jong-un is in Hanoi ahead of the planned second summit between U.S. President Donald Trump and Kim.

Five sedans believed to be carrying the delegation was seen leaving the airport after North Korean embassy officials entered into the airport's VIP room.

The delegation is expected to stay in Hanoi over the weekend and hold discussions with U.S. officials on preparations for the planned summit, which will take place on Feb. 27-28.

During their first summit in Singapore last year, Trump and Kim agreed that their two countries would commit to establishing new bilateral relations in an effort to build an era of lasting peace and stability. The two sides also agreed to work toward recovering the remains of U.S. soldiers in the North.

Analysts expect the upcoming summit to focus on denuclearization, easing tensions and the North’s desire to have sanctions removed. In the lead up to the summit, Trump has emphasized the North’s economic potential.
Share
Print
List