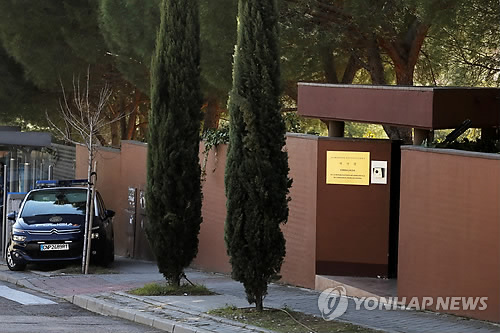 Spain's High Court said on Tuesday that one of ten intruders who entered the North Korean Embassy in Madrid by force on February 22 contacted the U.S. Federal Bureau of Investigation(FBI) days afterwards.

The High Court said in an official document that one of the intruders, a Mexican citizen who is a U.S. resident, had contacted the FBI on February 27th in order to pass on information regarding the incident.

The judicial document said the Mexican citizen identified as Adrian Hong Chang led the group and that the intruders also included citizens of South Korea and the U.S.

Meanwhile, a dissident group called Free Joseon, previously known as the Cheollima Civil Defense, claimed in a Web posting on Tuesday that it was behind the raid.

The U.S. State Department on Tuesday denied any involvement in the incident during a press briefing.
Share
Print
List